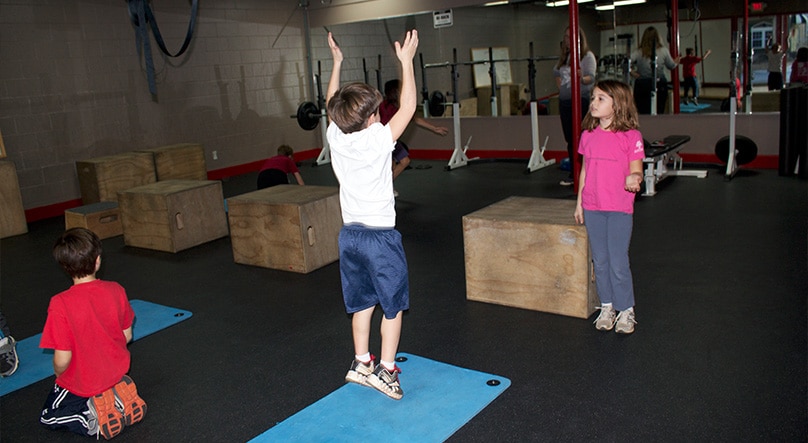 I’m so thankful I grew up prior to the explosion of social media and advent of smartphones and other technology. As a kid in school, recess consisted of playing basketball, soccer, play fighting—something active. When I got home, friends would come over and we’d continue to play outside, unknowingly building our functional fitness and social skills. At the risk of sounding like a bitter old man, you look at kids today and fear for future generations. That’s a sweeping statement of course, but the number of children who are more concerned about how many people like their latest post on Facebook rather than being active is truly disconcerting. Is it a coincidence that in the past 30 years, childhood obesity has more than doubled in children and quadrupled in adolescents? The Centers for Disease Control and Prevention reports that the percentage of children aged 6–11 years in the United States who were obese increased from 7% in 1980 to nearly 18% in 2012. Similarly, the percentage of adolescents aged 12–19 years who were obese increased from 5% to nearly 21% over the same period. It’s clear that making kids aware of the importance of a healthy and active lifestyle is more vital than it’s ever been. So how can CrossFit help?

1. Increased knowledge of healthy habits
Thanks to the advancement in social media technology, the world is more connected than ever before. Yet this has led to humans becoming more sedentary than ever, which would make our hunter-gatherer ancestors turn over in their graves. Kids nowadays are glued to their phones, tablets, TVs and computer screens. This sedentary activity has led to a sharp rise in health issues across the country, and is placing children in precarious positions for their future. Where CrossFit can help is not only providing kids with an outlet to be physically active, but also through instilling healthy habits and knowledge to them at an early age. Once their coaches start to inform them of the dangers of eating too much sugar or refined carbohydrates, as well as the issues that can arise from a sedentary lifestyle, kids that participate in CrossFit are more likely to incorporate healthier habits into their lives and into their future.

2. Improved athleticism
Obviously people who work out are stronger, faster, have more endurance and are generally healthier than those who don’t—and that’s not exclusive to kids either. Yet at an early age, the human brain is starting to make neurological connections and adaptations. Because of the various disciplines and tasks in CrossFit, kids who participate in it will make plenty of connections that will serve them well in later life. Do you know someone who never played sports as a kid? They’re likely far less coordinated than those who did. In addition, kids that do play a school sport can use CrossFit in the off-season (or regular season) to supplement their training and experience athletic benefits when they return to the field of play. Furthermore, CrossFit Kids programming targets the entire skeleton by including impact loading exercise, which doesn’t require external loads yet still helps to increase bone mass as well as strength and power. From the CrossFit Kids Instagram page: “Additionally, jumping and other weight-bearing activities have been found to provide a significant increase in bone density at the spine and hip in prepubescent children. Some recent evidence suggests that exercise provides the best long-term benefits in bone mineral density (BMD) when it is initiated before puberty… Unlike adults, children have been found to maintain their BMD gains from weight-bearing exercise, even if the exercise program is discontinued.”

3. Boost to social skills
CrossFit is a great place to make friends, but it’s also an environment that can teach children many social skills. We all know how humbling CrossFit can be, and while kids will surely enjoy the competitive aspect of it, they’ll come to realize how important it is to listen to their coaches when learning how to perform movements, to stay focused and dedicated on a task until the work load is completed or the clock runs out, and to cheer on their fellow classmates who need motivation. Hopefully they’ll see how supportive their older peers are at the gym, and how arrogance is dissuaded. Simply put, doing CrossFit can help teach you important life lessons for the future.

4. Improved school performance
Exercise isn’t just good for a kid’s body—it can help their mind, too. A 2013 study from the British Medical Journal found that the more active children are at age 11, the better they performed in exams in English, math and science in the following years (ages 13 and 15/16). The researches suggested potential reasons for the link between physical activity and academic performance. “Studies have revealed relationships between PA [physical activity] and relevant cognitive outcomes such as measures of executive function, as well as studies suggesting that PA might increase time ‘on task’ in class and reduce classroom ‘problem behavior.” An earlier study from 2008 backs this research up, showing how middle-schoolers that scored well in fitness tests (which gauged aerobic capacity, strength, endurance, flexibility and body composition) had standardized test scores that were nearly 30 percent higher than the most sedentary of their peers.

5. Improved confidence
So, what does a kid get from the all the aforementioned advantages to doing CrossFit? They become more confident humans, more willing to take risks and believe in their potential. They become smarter, more dedicated, more respectful, and healthier. They learn how to interact with their peers and build valuable social skills. They gain valuable knowledge into health and fitness that they can apply for the rest of their lives. All of which sets them up for a great future, wherever that future may lead them.