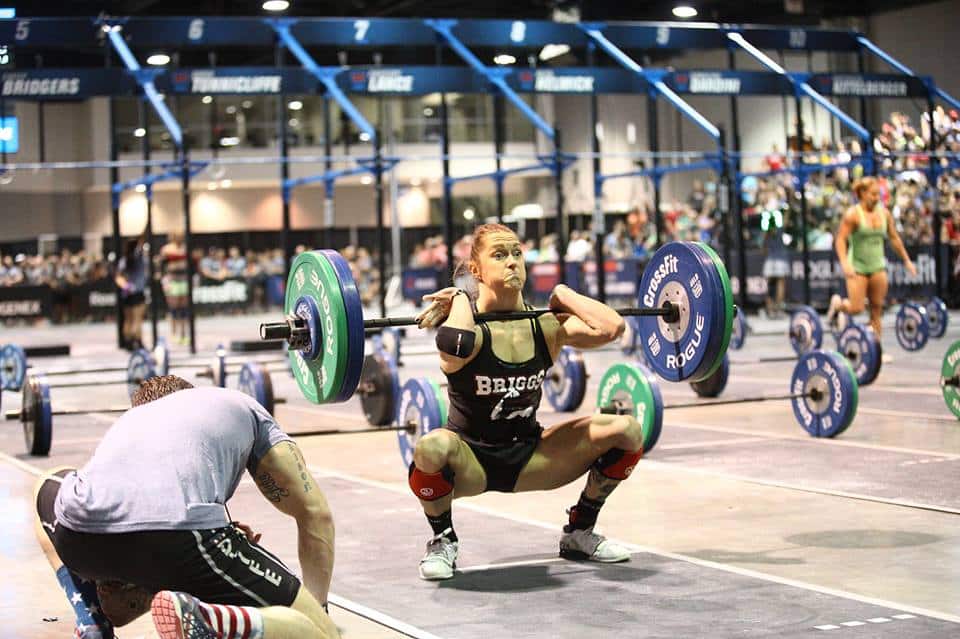 In case you’ve been living under a stack of bumper plates, the 2015 CrossFit Regionals kicked off this past week with the Atlantic and South competitions. While much of the attention was (rightly) placed on the workouts and athletes that qualified for the Games, there were some interesting stories that developed over the weekend that you might have missed.

1. Sam Briggs competed with a broken foot.
Yes, you read that right. A broken foot. Briggs was already banged up from a back injury during the Open, but apparently the 2013 Games champion made it through the seven Regional workouts (one of which included a 1-mile run) on one healthy foot. Briggs was interviewed after finishing 2nd at the Atlantic Regional, where she discussed what she plans to do about the injury now that she’s qualified for the Games.

“Unfortunately I have to go into surgery next week. So after that I’ll have to test it and see how I feel, but the plan is to turn up at Carson and compete at the Games.”

The fact that Briggs was able to finish 2nd at the Atlantic Regional—accumulating 5 top-five finishes in the process—speaks to her mental toughness and determination to return to the Games after missing out last year. We won’t know how the surgery and recovery process affects Briggs until the Games this summer, but here’s hoping that we get to see the Brit compete at 100%. If nothing else, her fellow qualifiers should take note that Briggs, even with a broken foot, is still a force to be reckoned with.

2. 18-year-old Maddy Myers qualifies for the CrossFit Games.
Who? In addition to being a rookie Regional competitor, the 18-year-old from Albuquerque, New Mexico is a National Champion in weightlifting and holds the American record for both the clean and jerk and total in her class. The CrossFit Games site

Remember, this kid is just 18-years-old. However, over the course of the weekend she showed the composure of a savvy veteran, racking up four top-10 finishes on her way to snatching the 5th and final qualifying spot from the South Regional. Keep an eye out for Myers this summer at the Games—you could be witnessing a future champ in the making.

3. Christy Adkins misses out on making her 7th appearance at the Games
Adkins was battling to become only the 5th athlete to make 7 appearances at the CrossFit Games (after Ben Smith qualified from the same Regional), but just missed out on the 5th and final transfer spot in the Atlantic Regional. Only 12 points separated Adkins in 6th from Whitney Gelin in 5th, but it shows that as the qualifying process for the Games evolves, so too must the athletes. Even so, Adkins is a legend in the sport, having qualified for 6 consecutive CrossFit Games. We have no doubt that she’ll be back again next year.

4. Lauren Brooks withdraws from the Atlantic Regional with an injury
Brooks, who finished 7th at the 2014 Games, was forced to withdraw from the competition on Saturday after a hamstring she tore 12 weeks ago flared up. The injury was obviously apparent in only the second event of the weekend, where she placed 33rd in Tommy V and was unable to complete the workout under the 16-minute time cap. “Sad to say I had to pull out of the competition,” Brooks wrote on Instagram. “It was a tough decision, but the best one for me.”

5. Hack’s Pack is back
Tommy Hackenbruck, who finished 6th as an individual competitor at the Games last year, rejoined his team Ute CrossFit for the competitive season in 2015, and that decision is already paying dividends. Ute demolished the rest of the field at the South Regional, winning three events and never placing outside the top-10 on their way to a 1st place finish overall—87 points ahead of their nearest challengers.

6. Dave Castro and Hero Friday
Dave Castro is a former Navy SEAL, and ahead of the start of the Regionals last week the 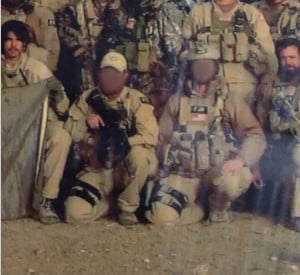 Director of the CrossFit Games took to social media to post a picture of himself alongside some fellow SEALS. Two of the men next to Castro have their faces blurred, and Castro wrote the following note to accompany the picture:

“Me and Tommy a decade ago in a far away place with some friends. Today the CrossFit community celebrates Tommy and Randy’s lives through competition. Let the Regionals Begin.”

The first two events of the 2015 Regionals (Randy and Tommy V) are clearly inspired by Castro’s experiences in the military and the men that he served with. It’s a fitting tribute not just to these men, but all the men and women that serve in the armed forces to protect our freedom.

7. 8 Rookies qualify for the CrossFit Games
Between the 20 men and women from the Atlantic and South Regionals that earned a spot at the Games this summer, eight athletes will be making their first trips to Carson as individuals. The bulk of this sum came from the Men’s competition where six rookies (Travis Williams, Adrian Conway, Chad Cole, Aaron Hanna, Elijah Muhammad, Nathan Bramblett) finished in the top 5.