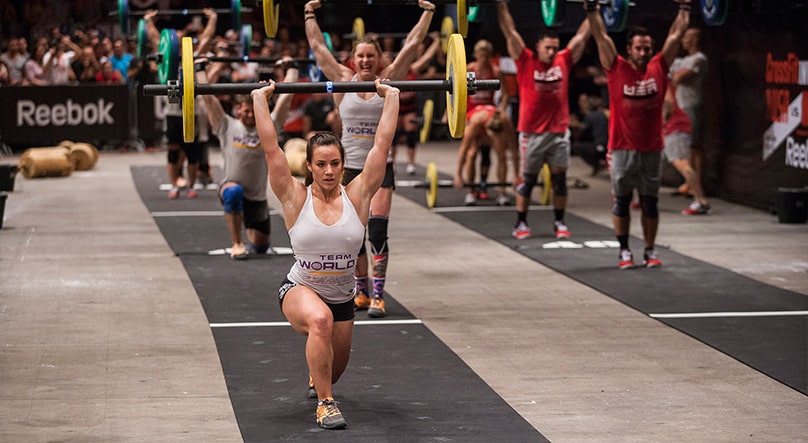 The fourth annual CrossFit Invitational will return this fall, as CrossFit HQ continues to fill the Games off-season with exciting events to look forward to. All four teams have been announced, as Team USA looks to defend the Invitational title they won last November in San Jose, CA. However, they’ll have to do it from overseas, as the 2015 Invitational will be held in Madrid, Spain. Stay tuned for more information regarding the venue, dates and ticket information.

Preview:
Rich Froning, a three-time CrossFit Invitational competitor (and two-time winner 2012,14) will return to the Team USA squad—this time as the coach. He leads what is arguably the most complete Invitational team, anchored by Ben Smith, the reigning Games champion. Smith and Valenzuela both have previous experience in this competition as members of the 2013 USA team that lost to Team World in Berlin, Germany. They are joined by two seasoned CrossFit competitors that will be making their debut as Invitational athletes—Chyna Cho and Dan Bailey. With all members of Team USA placing inside the top-10 at the Games this year—not to mention the significant advantage of being coached by the Fittest Man in History—look for the Americans to be strong contenders to repeat as Invitational champions.

Preview:
Never discount the advantage of playing at home. Team Europe will seek to feed off what will surely be a pro-European crowd in Spain in their efforts to reclaim the Invitational championship they first won in 2013. Guðmundsson is the only member of 2014’s third-place Invitational squad that returns in 2015—unless of course you count Sam Briggs; The 2013 Games champ is charged with leading the youngest team of the competition to victory. She has plenty of weapons to work with as Team Europe boasts the highest cumulative finishers from the 2015 Games, as the Icelandic trio of Guðmundsson, Sigmundsdottir and Davidsdottir (who competed on Team Europe at the 2012 Invitational) all finished on the podium this summer. And don’t discount the impact Koski can have on this competition. He’s the youngest of all the competitors at the Invitational, but he dominated the Meridian Regional this year and can light up a workout if it falls in his favor. Led by the Fittest Woman on Earth and with the sizable benefit of a partizan crowd, Team Europe may be the favorites to win the 2015 CrossFit Invitational.

Preview:
The Australians finished last at the 2014 Invitational, but their performance showed that they still have the potential to surprise a lot of people. Even so, the 2015 squad has the least amount of competitive CrossFit Games experience amongst all the teams. All of that experience lies with Kara Webb and Rob Forte (as coach), as Toomey, Manuel and Garard were all rookies at the Games this year. And yet, the Pacific Team comes with plenty of intrigue since most of us are only familiar with the exploits of Forte and Webb. Toomey burst on to the stage this summer, surprising everyone by claiming second at the Games. Manuel is the lone non-Australian of the team, but the 29-year-old will surely compete with plenty of heart and pride as he represents his home nation of New Zealand. That passion will only be surpassed by Garard, who fought and clawed his way back from the dead at the Pacific Regional this year, winning the final event to earn his spot at the Games, where he took 15th. In truth, the success of this team may rest squarely on the shoulders of Kara Webb. A two-time Invitational competitor and seasoned Games veteran, Webb has the experience, skills and leadership qualities to cause a major upset in Madrid.

Preview:
Team Canada were on the verge of winning the Invitational last year, but a 4th place finish in the final event meant that they had to be content as runners-up to Team USA. Of course, the loss still stings for the members of that squad—three of whom will return in 2015. Parker, Bazinet and Letendre all have unfinished business with this competition. Parker brings veteran experience and leadership qualities to the team, while Emily Abbott is a powerhouse—she hit a 232lb clean and jerk at the Games (tying for 3rd) and had finishes of 2nd and 5th in Sandbag 2015 and Heavy DT respectively. Games rookie Alex Vigneault is still an unknown commodity; He pushed Mat Fraser to the wire at the East Regional earlier this year, and an 11th place finish on his debut at the Games shows that the 23-year-old may be one to watch for the future. Perhaps the 2015 Invitational will be an opportunity for him to make his mark as the Canadians seek to quell the demons of last year.