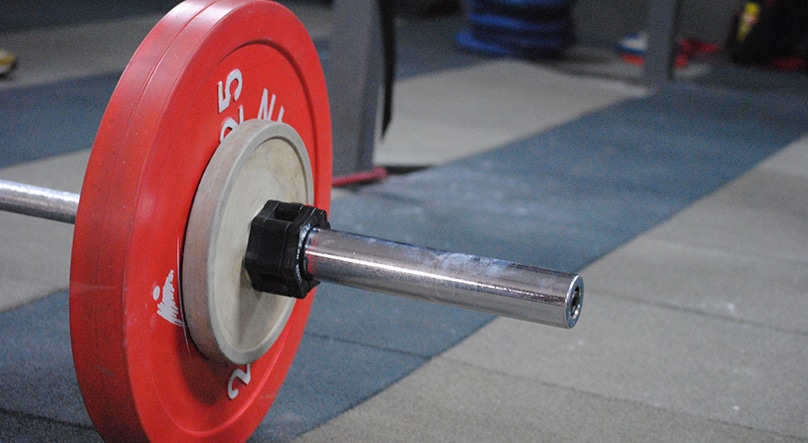 “It is easier to prevent bad habits than to break them.”
-Benjamin Franklin

Humans are creatures of habit. In that sense, we are quite simple. The way we sleep, eat, dress, drink, work and play become habitual routines that play a role in defining who we are as individuals. If we wind something that we like, that works and that’s easy, chances are we will stick with it. In the case of learning an athletic skill or movement, such as a jump shot in basketball or a snatch in CrossFit, it can be easy to fall into the trap of developing bad habits through poor form. You may find it easier to power snatch the bar and perform an overhead squat rather than do a full snatch—but then you would never progress as an athlete. If left unchecked, these habits become muscle memory, and in the midst of a workout, competition, and even daily life—this can spell trouble.

The more you practice something (i.e. the more reps you do), the more you build up the procedural memory in the brain (a memory for the performance of particular types of action, also known as muscle memory), which will allow you to carry out a movement quicker and more naturally with increased practice. But what if what you think is ‘natural’ for a certain movement is the exact opposite? What happens then?

Well for starters, you’re collecting a massive amount of no-reps. So not only are you incurring the wrath of the CrossFit gods, your coaches, and your classmates (who are just itching to tell you that the score you posted for the WOD is total bollocks), you’re not getting the full effects of the WOD. Much like scaling when you don’t have to, compiling no reps due to poor form will change the designs of the WOD. Of course, if your coach isn’t on top of you making sure that you’re fully extending your hips and breaking parallel, you may simply carry on none the wiser.

Of course, sometimes we simply want to sacrifice form for time/numbers. Let me say that I understand this urge my friends, I truly do. Sometimes the clock is the only thing that matters, so to hell with whether I’m doing these deadlifts correctly, I’m finishing as quickly as possible! But unless you’re Stacie Tovar and you’re challenging for a place at Regionals, that poor form will come back to bite you in the arse. If you make it a habit, your body will feel the effects—and that can carry over to life outside of the box. Burning through those heavy deadlifts will make your back arch, not sitting back on your heels and forcing your knees out during a squat is a recipe for disaster, and forcing those push presses is a hyper extension/shoulder injury waiting to happen. Before you know it, the ‘no-rep form’ that you employ at the box will start to affect the way you stand up from a chair, pick things up, put things down, sit at a desk and even walk. CrossFit’s core lifts directly correlate to many of the movements we do in everyday life, so if we become comfortable with doing them inefficiently at the gym, how will that translate to the way we move outside of it? Most of us start(ed) CrossFit with poor form and mobility, but the idea is that training in CrossFit will help us better these elements, not make them worse.

Yet ironically enough, performing each movement with good technique means that you’ll be more efficient, and more often than not efficiency equals pace during a WOD. When you perform a certain movement poorly—that is to say inefficiently—you waste valuable energy by placing extra strain on your body in order to complete a rep. Whether it be through bar path or body positioning, an inefficient rep means you are working harder than you have to, thus resulting in you tiring quicker, missing more reps more often, finishing with a slower time and opening yourself up to the risk of injury. Just look at Rich Froning during 14.5 in the Open this year. In fact, look at Froning during most of his competition workouts. The guy exhibits excellent form that translates to a steady pace, which allows him to consistently and methodically work through the workout, track down the leaders in the process and finish with one of the top times (if not the best time)—all while rarely getting no-repped. There’s a reason we go through foundations/on-ramp while our coaches seek to enforce good lifting habits upon us—they make us better CrossFitters. Jason Khalipa is known to mentally coach himself during tough moments of a competition workout by telling himself to execute the proper technique required for each movement. Doing so not only distracts him from the pain of the workout, it also allows him to fall back into an efficient movement pattern and energy expenditure that helps him to perform faster.

This is an excellent technique that I think everybody should incorporate into their mental game. Yes, one can reduce the risk of injury and halt poor form by choosing a weight that allows for the movement to be performed correctly (yet still be challenging), or seeking the advice from a coach to help correct any deficiencies one may exhibit. These are obviously valuable tools you have at your disposal, but when you start to fatigue and the weight gets heavy in the midst of a WOD, it’s all too easy to fall into an inefficient movement pattern that will negatively influence your muscle memory. To combat this, take a page out of Khalipa’s book and tell yourself how you should be performing the movement every time you perform a rep. For example, your wall ball instructions can be simple as “knees out, elbows in, snap the hips.” Doing so consistently will reinforce good habits, and help to improve your performance at the same time. It’s a win-win.

Remember grasshopper: slow is steady, steady is smooth, and smooth is fast.