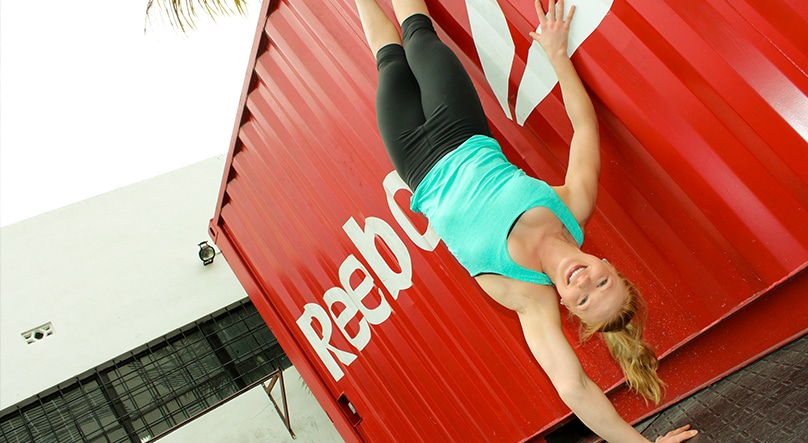 All of the best CrossFit boxes in the world have their obvious commonalities like knowledgeable coaches, a good variety of CrossFit equipment and great programming. But one less obvious feature that the top performing affiliates all have is the sound of laughter.

Laughter can be the trick to training more and hitting that pesky PR that’s just a few pounds away. It’s more infectious than a rusty barbell and has a heck of a lot more benefits than tetanus. And if you haven’t caught the bug yet, you’re missing out on its awesome physical, mental and social benefits.

For example, let’s say you want to hit a new PR after a long and irritating plateau phase. Consistent training sounds like a good place to start—so how would laughter help?

For those times when you don’t feel like training:When you strengthen your relationships with your coaches and fellow athletes through humor, you trigger positive feelings and foster an emotional connection. This is important for people who are just starting out in CrossFit, people who are joining a new box or for seasoned CrossFitters who are feeling the sophomore slump. Laughing at the box means you’re having a good time, which encourages you to skip less training days because it’s a place where you want to be.

After consistent training, your body might be ready to hit that PR, but when the time comes to actually attempt a heavy lift or benchmark WOD, many of us turn into complete head cases. We get stressed out, become physically tense, start feeling anxious and often forget everything our bodies have learned over the weeks or month of training.

Now, I know that the elites always look like they’re prepping for war before they attempt a really heavy lift, but not all CrossFitters are cut from the same cloth. Relax, people. For the contently average athlete, laughter might be your best war cry.

For those times when you’re tensing up: Big belly laughter relaxes your whole body. For the moments when you’re laughing like you just saw Ace Ventura for the first time, your inactive muscles are relaxing, and once you’ve finished, the muscles that were used to laugh relax as well.

For those times when you’re feeling nervous: Laughter, whether it’s real or forced out like a crazy person, releases endorphins into your body which give you the same soothing effect as that first bite of chocolate ice cream on your post-Paleo challenge cheat day. Endorphins are your body’s natural opiates (opiates are a group of drugs that are used for treating pain) and can be induced naturally for critical moments when you’re nervous.

For those times when you’re feeling awkward: Sometimes, when it’s time for you to hit that big PR, you look around and everyone in the gym is watching YOU. All of a sudden you’re transported to the 2014 CrossFit Games overhead squat ladder event and you’re feeling really awkward and out of place. Laughing helps you take yourself less seriously and remind you that you’re at your little box with friends who would never judge you for missing a lift.

For those times when you’re limiting your oxygen intake: When you’re anxious and tense, your breathing also shortens which can reduce the amount of oxygen your muscles are getting. Oxygen directly fuels 90% of all of our physical and mental functions, so letting out a hearty laugh can get you that extra chemical boost you need to hit that PR.

The bottom line is simple: Don’t let your favorite sport stress you out, don’t take your training too seriously, and enjoy your body’s ability to lift and move better than it ever has before. Just laugh more.