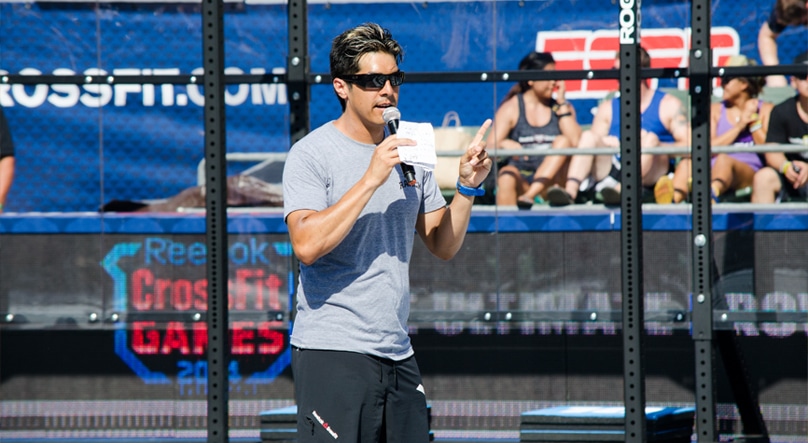 Last weekend we saw the fittest men and women on planet earth throw down in their bid to be crowned as just that—“The Fittest on Earth.” But were the individuals there truly the fittest that our community has to offer?

I’m not talking about whether we should have included athletes from other sports or professions. I think we are all in agreement that the CrossFit Games, as a testing ground for fitness, does a great job in testing an athlete’s capabilities across a wide domain of specific skills and elements that make up fitness as a whole. No, what’s in discussion is the selection process that determines who will have the honor of representing their box, their region, and themselves at the Games.

As it stands, there are 17 regions in the world that make up the CrossFit Regionals. From these 17 Regionals, 43 men and 43 women progress to make up the individual competitors’ field at the Games. Now, here is where it gets a little complicated. Each Regional sends three men and three women to the Games, EXCEPT for Asia (1 each), Latin America (1 each), Africa (1 each), Canada East (2 each) and Canada West (2 each). The logic behind these regions sending fewer athletes is that they are deemed to produce weaker (in a sense) CrossFit athletes who struggle to compete with their fellow competitors from stronger Regionals—and history and statistics backs this up.

Even so, there is still a debate as to whether this selection process is fair, or even accurate when it comes to determining the 43-strong athlete field at the Games. The Central East has long been touted as the toughest Regional for male competitors, as it is home to two champions of the Games (Froning and Holmberg), not to mention a stacked field of other competitors (Panchick, Hendren etc.). In fact, the Central East is so strong that many within the community have questioned whether it is fair that only 3 competitors can qualify from this region, especially when you consider that the men who finish 4th and sometimes 5th are beating the winners of other Regionals. Thus we find ourselves asking the question: Does the field of competitors at the CrossFit Games truly serve as an accurate representation of the fittest men and women on earth?

Perhaps this is a question that the folks at HQ are asking themselves, because some serious changes to qualifying for the CrossFit Games look to be just around the corner. At the post-Games press conference, Dave Castro had this to say on the topic:

“I’ve been happy with the results of the programming for the selection process that we’ve had over the previous few years, but we’re going to switch it up a little. It will be appropriate and it will bring the [fittest] people to the Games… It’s a global move.”

Interesting stuff—but there’s more. When specifically asked on whether Castro wanted to get more European athletes to the Games, here’s how he responded:

Wow. Obviously Castro’s words are open to interpretation, and this “better version” of qualifying for the Games could mean any number of things. But one (such as myself) would assume that this ‘global move’ may entail a qualifying process whereby the top 43 athletes in the world from all 17 Regionals will go to the Games. That is to say, if the top place finisher in one region can’t beat the scores of the athletes in the remaining 16, he or she won’t advance—despite winning their own Regional. Thus we could see 3 or more qualifiers from any one region advance to the Games, based on their scores relative to every other Regional competitor worldwide. This is just a theory—but to me, it makes sense.

Of course, I could be completely wrong. Perhaps we will see the expansion of the athlete field from 43 to 50, or even higher. Maybe more Regionals will be added—or cut. Who knows? All we can say for certain is that 2015 will see a massive shake-up in Regional qualifiers, and everyone better be ready for it.