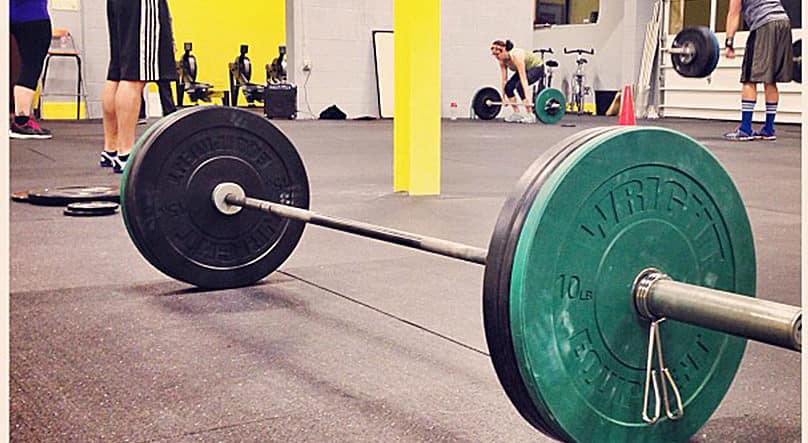 So, 15.1 (and 15.1a) is in the books—how was your experience with the first workout of the 2015 Open? Personally, transitioning from that amrap to the clean and jerk (c&J) smoked my grip. I didn’t hit my PR on the c&j, but that was to be expected. After all, you just put in 9 minutes of grip-intensive work prior to that, it would be unrealistic to assume you could lift as much weight as you can when you’re fresh. Over the weekend, I joked with a fellow athlete that perhaps we should just do one round of the triplet to save ourselves for the heavy lift. We laughed, and then hit both parts of 15.1 as hard as possible. Ironically enough, quite a few other CrossFitters had the same idea…but actually followed through with it.

“After seeing several cases of team competitors blatantly ignoring the triplet in order to focus solely on lifting heavy, CrossFit Games organizers have decided to invalidate the efforts of more than 20 athletes whose performances clearly strayed from the intent of the two-part workout.

“Ignoring an entire scored event is counter to the intent of the competition,” said CrossFit Games General Manager Justin Bergh. “The test is to see who performs well at both events done back to back, not one or the other.”

Dave Castro (Director of the CrossFit Games) had earlier indicated that they (the Games staff) were going to “clean some stuff up” on the leaderboard. He also posted a picture to his Instagram account of said leaderboard that showed some of the aforementioned 20 athletes who had blatantly avoided expending much effort on 15.1 to throw up some huge numbers in 15.1a:

When the news broke, many people in the community wondered if these athletes had actually broken any rules. Their argument was that since there was no expressive rule stating that full effort must be given on both parts of the workout, they could technically bomb part 1 and hit a high score for part two—legally.

However, a read through of the CrossFit rulebook reveals that the Games staff does have precedence over whether to invalidate a score—or even disqualify an athlete:

c. All Athletes agree to compete in a sportsmanlike manner.

iv. This is not an exhaustive list and is meant as a guide for the Athlete, coaches and other attendees. This is not intended as a limitation on CrossFit Inc.’s rights to operate the CrossFit Games in any manner it sees fit. CrossFit Inc., reserves the right to terminate any Athlete, coach, staff, volunteer, Judge, visitor, guest, supporter, teammate and/or spectator participating in, attending or viewing any sponsored, sanctioned or supported CrossFit Event at any time, with no further obligation or duty to such individual.

viii. All information provided, either in registration submissions, video submissions, scores, times, reps or rounds completed, must be the complete truth. A lack of integrity, or any actions that evince an intent to cheat or circumvent the Rules or intent of the Rules of the CrossFit Games, including lying (as one example) will result in disqualification.

8e. Invalidation of any online scoring submission is the sole right of CrossFit Inc. Reasons for invalidation include, but are not limited to:

As you can see, though there isn’t any specific rule covering the issue of lack of effort on part of a workout, CrossFit have left sufficient wording in the rulebook to show that if they deem an athlete (or workout) to reflect “a lack of integrity” or “any actions that evince an intent to cheat or circumvent the Rules or intent of the Rules of the CrossFit Games”, they can invalidate a score.

This is exactly what happened over the weekend, but it’s important to note that those athletes simply had their scores invalidated—they were not disqualified from the Open, so they did have another opportunity complete 15.1 and 15.1a (with full effort this time).

So what does an athlete stand to gain from employing such a ‘tactic’? For individual athletes, there’s very little. The winner of each Open workout receives $2,015, so there is some monetary incentive to bend the rules to your advantage. However, for those looking to qualify for Regionals, there’s not much point to it at all. Over the course of five weeks, one amazing score isn’t enough to put you in the top 20 of your Region, but one poor score can send you plummeting down the leaderboard. A 24,944th finish in 15.1 and a 1st place finish in 15.1a won’t make you qualify for Regionals even if you have great scores in the next four Open workouts.

However, it’s a different story for teams. Since the top 3 male and top 3 female scores are taken for each workout, it’s entirely possible to have your heavy lifters intentionally avoid exerting themselves for 15.1, as they know the faster athletes on the team will post a better score. They can then post a high score for 15.1a and use that to boost the team ranking for qualification to Regionals.

The situation surrounding the invalidated scores of 15.1 reveal a lot about the CrossFit Open. The competition is still in its infancy (started in 2011), which means that there are still going to be plenty of unforeseen challenges for the Games staff to work around. The Open is still in a process of trial and error, but what sport got everything right in their early years of operation? Twenty years from now we will look back at the ‘drama’ of 15.1 as a footnote in the history of the CrossFit Open. With that being said, this particular workout has brought up an interesting debate. For those larger athletes that gave true effort but could only hit a few t2b—which was followed up by a big c&j—should their scores be invalidated as well? Unless they posted a video of their workout, how can a member of the Games staff determine who gave genuine effort and who was sandbagging the workout intentionally? Clearly, there are instances where the numbers don’t tell the whole story. Hopefully, the Games staff can find a way to make the Open fair for all participants. Unfortunately, that may take a few more years to perfect.