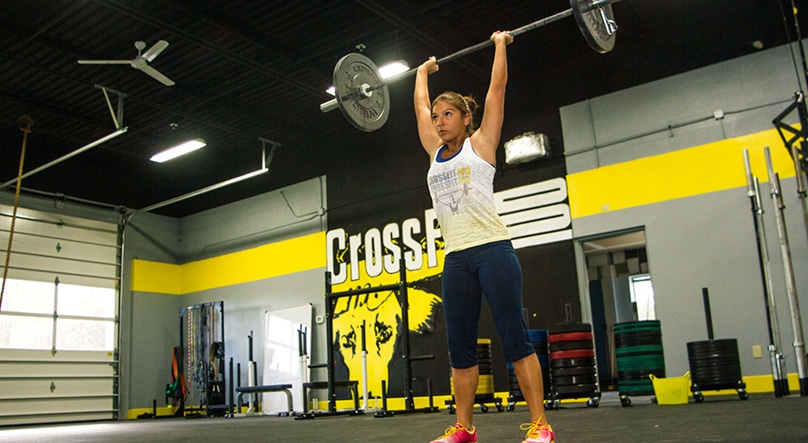 It may not come as a surprise to learn that CrossFit is particularly popular among entrepreneurs; perhaps this helps to explain the rapid growth of the CrossFit affiliate model (every box owner qualifies as an entrepreneur, after all) and the number of businesses started by CrossFitters for CrossFitters. Entrepreneurs are, by design, pretty intense individuals. They are extremely competitive, as well as being mentally engaged — two characteristics that have helped kick-start many a successful business. In CrossFit, the entrepreneur has found a workout regimen that accurately mirrors their own personalities and career ambitions. Here are six reasons why that’s the case.

1. To progress, you must be dedicated.
Achieving your goals in CrossFit doesn’t happen overnight. As four-time champion Rich Froning once said, “Kids don’t shoot free throws and expect to make it to the NBA the next year.” Whether it’s your first muscle-up, a 500 lb. back squat or a sub 3:00 Fran time, you have to spend months (and even years) dedicating your time and energy to eating well, working on your mobility and spending countless hours training at the box. Not surprisingly, this also applies to entrepreneurship. A lot of startups fall into the trap of not thinking about their long-term future and this ultimately leads to failure. An entrepreneur should be committed to growing their company for 10 years, not 10 months.

2. What gets measured, gets managed.
Entrepreneurs love putting pressure on themselves to achieve measureable, tangible results—and that’s what CrossFit is all about. Athletes are encouraged to record every step of their progress, every setback, where improvements are needed, and so on. The data is right there in front of you, and you can’t get away from it. CrossFitters use this information to push harder and motivate themselves to achieve their goals. At the end of the day, you’re ultimately tied to a number. It’s a workout that completely complements the entrepreneur’s psyche.

3. It’s openly competitive.
Although our coaches tell us that CrossFit is about competing against ourselves, we ALL have that box rival that we measure ourselves against and keep an eye on to make sure they’re not outperforming us. Jason Khalipa famously wrote the words “What’s Rich Doing?” on the wall of his home gym when he was preparing for the 2013 CrossFit Games. In CrossFit, it’s important to be aware of your competition, but your overall focus should still be on performing at your absolute best. Similarly, entrepreneurs have to balance these two factors carefully. In a startup it’s easy to be blind to the nature of your competition, because you’re busy building your own product. This is a huge mistake and one that could prove fatal to a company. It is imperative for entrepreneurs to know what their competition is good at, what they’re bad at and where their business has a competitive advantage. They must use that information to navigate the entrepreneurial seas—all the while ensuring that they don’t neglect the goals of their own business.

5. It’s mentally tough.
CrossFit hurts, both physically and mentally. It can be an almighty struggle to summon the will to pick up the bar when your lungs are screaming for air and your head is telling you to rest, to take it easy—to stop. There will be days when, as an athlete, you experience failure and the workout will get the better of you. What’s important is not that you ‘failed’, but whether or not you come back the next day to give it another go (see point 1). This is how an athlete builds a strong mentality that can lead them to success in their athletic pursuits. Entrepreneurs can easily relate to this need, as starting your own business will inevitably come with its fair share of pitfalls. Just as is the case for the CrossFit athlete, the entrepreneur must use each setback as a learning opportunity from which to build. With continued practice and perseverance, these failures will begin to give way to continued success.

6. It’s about execution and perseverance.
There’s a reason why Rich Froning has won four consecutive CrossFit Games titles. He understands that the fight isn’t over till it’s over, which is a major reason why he has been lauded for his ability to come from behind on so many occasions to steal victory from the jaws of defeat. As athletes, we seek to find that perfect balance between rest, diet, mobility, technique, practice and sheer grit that can create a winning formula each time we hear ‘3, 2, 1, GO!’ Achieving the right mix can be the difference between hitting a new PR and letting the WOD (and your competition) steal your victory. And just as an athlete’s resources deplete when working out, so do a company’s. From money, to traction, to motivation, each startup is fighting the same battles as its competitors. When that’s the case, the victor is usually determined by their refusal to give in. Whether it’s in sales, business development, engineering or CrossFit, it is very difficult to beat someone that just won’t quit.