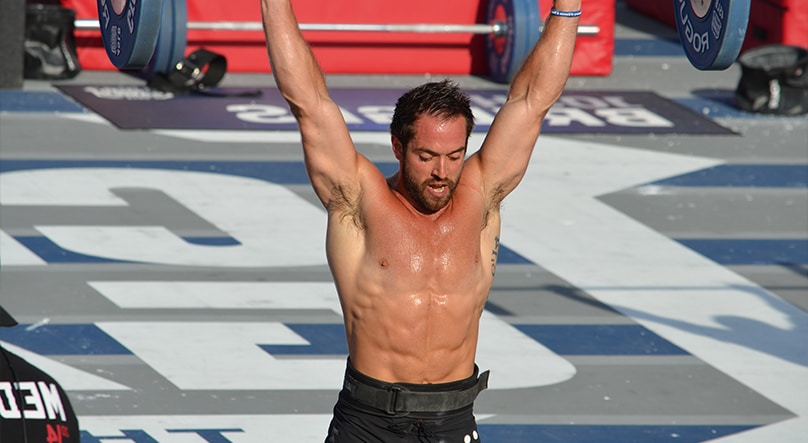 On July 21st, the 9th annual CrossFit Games will take place at the Stub Hub Center in Carson, CA. What started out as a backyard throwdown between a handful of competitors at Dave Castro’s ranch in Aromas in 2007 has since grown to an international sporting event watched by thousands around the world. The steady growth of the affiliate community  has played a pivotal role in the growth of CrossFit as a fitness regimen (and the Games as a competition) but one could argue that the Games wouldn’t have the following it currently enjoys without the involvement of one key partner: ESPN.

In 2011, CrossFit, Inc. announced a 10-year, $150 million sponsorship and marketing partnership with Reebok, and the Games were preparing to enjoy their second year in operation at the Home Depot Center (now Stub Hub Center). But something was missing from taking the competition to the next level. You can see footage from the Games in 2010 that show plenty of empty seats at the tennis stadium—this year, lines to get in to the arena will start forming hours before it’s due to host any events. Part of the problem was a

lack of exposure. Up to that point, any coverage of the Games was run completely in-house by CrossFit HQ, but the broadcast was not reaching enough eyeballs. However, the Entertainment and Sports Programming Network (ESPN) did know about the Games, and had been keeping an eye on its growth.

“A large part of our focus here at ESPN is new content acquisition. We knew about the CrossFit Games as it was steadily growing in popularity, and a number of our employees are active CrossFitters as well,” says Todd Myers, Director of Programming and Acquisitions at ESPN. So in the spring of 2011, we had an introductory call with Steve Weiss [Corporate Development, Partnerships and Licensing at CrossFit HQ] and Tony Budding [former Media Director at CrossFit HQ].

After Weiss and Budding explained the aim of the Games to the ESPN team, the two entities started to discuss how they could expose the CrossFit Games to ESPN’s massive audience. “In 2011 we entered into a multi-year deal with the Games that included a lot of live hours on ESPN3 and some late shows on ESPN2,” says Myers. “As we started to see the usage and interest in the Games continue to grow, we programmed more live hours on ESPN and ESPN2. In 2015, we’re going to have nine and a half live hours on ESPN and ESPN2. We’re not sure yet how many hours we’re going to have on ESPN3, but expect to have 40-50 live hours for that channel.”

Prior to the 2014 CrossFit Games, ESPN and CrossFit, Inc. agreed to a multi-year extension of their existing contract that ensures that the sports broadcasting giant remains the exclusive rights holder to televise the CrossFit Games. While Myers wasn’t at liberty to discuss the terms of the contract, he does say that the additional commitment ESPN has made in 2015 to broadcast more live hours “is a direct result of us seeing the viewership rise.” He added, “We’re excited that it [the partnership] has been working for us and we definitely think that there is a great upside to the CrossFit Games.”

Now, part of this increase has come from the organic growth of the affiliate community, which now numbers close to 12,000 boxes worldwide. But the partnership between the CrossFit Games and ESPN has been mutually beneficial. With ESPN’s international reach and instantly recognizable name, the network has been able to introduce the sport of CrossFit to hundreds of thousands of people across the globe. From that exposure, more and more affiliates have sprung up all over the world. And as long as more affiliates keep opening each year and more people start doing CrossFit, ESPN is going to see a steady rise in the number of people tuning in to their channels to watch the best CrossFitters compete in the sport’s biggest stage. “ESPN is the leader in the sports space, and when you have opportunities to get prime time coverage on ESPN, ESPN2 and ESPN3, highlights on SportsCenter and articles on ESPNW [ESPN Women], I would hope that we are helping CrossFit reach some of the mainstream sports fans that are interested in watching the spectacular achievements of these athletes, and/or how they can get in better shape too,” says Myers. “I would hope that all the exposure we’ve had across all of our platforms has helped CrossFit grow.”

So how does ESPN anticipate it’s partnership with the CrossFit Games growing in the near future—might they consider broadcasting some events from the Regionals? “We did cover one of the Regionals in 2014, and CrossFit streams all the events on their live platform (games.crossfit.com). There are no firm plans right now for covering more of the Regionals, because everyone is focused on getting the 2015 CrossFit Games up and running. I’m sure that after the Games we will have another conversation to see if we want to cover the 2016 Regionals live or delayed on an ESPN platform. We’re also having another conversation with them [CrossFit HQ] about covering the CrossFit Invitational again this year,” says Myers. “We both [ESPN and CrossFit HQ] are highly optimistic that the ratings will continue to grow. We don’t have any kind of line that dictates that the Games need to hit a certain number in ratings in order to broadcast it. We’ve obviously been proactive in increasing the amount of live hours, and our hope is that we will have a strong summer in 2015 which will lead us to doing more and more with CrossFit in future years.”