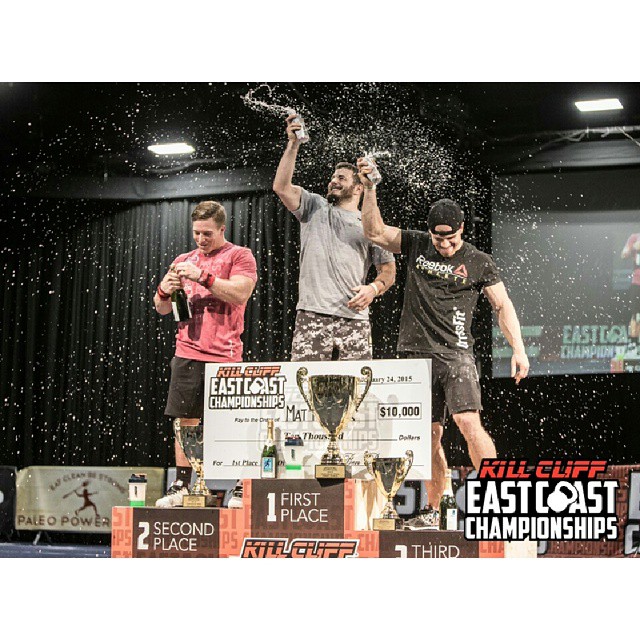 Every year two of the biggest fitness competitions for CrossFit athletes outside of the Games take place at Wodapalooza, held in Miami, and the Kill Cliff East Coast (ECC) Championships, held in Boston. These are often the first stop(s) for many athletes that are looking to prime themselves before the CrossFit Games season begins in late February with the announcement of 15.1. As such, many Games athletes will compete at these two competitions, providing us with a small snapshot of who might be making a serious impact at the Games this summer.

Fraser won the ECC, while Noah Ohlsen, who finished second at the competition, also finished 1st for the men at Wodapalooza. Unfortunately, Fraser had to withdraw from Wodapalooza prior to competing, depriving us of what would have been a fascinating head-to-head battle between the two. For Fraser, his victory at the ECC cements the popular opinion that he will be a legitimate contender to win it all at the Games this year, while Ohlsen’s performance at the ECC was made all the more impressive considering he had won Wodapalooza, amongst a talented field of elite competitors, only a week prior. While the prospective men’s field at the Games this year will be deep, the early signs from Fraser and Ohlsen indicate that these two men will be tough to keep off the podium.

Sam Briggs continued her ‘comeback’ with a dominant victory at Wodalooza, followed up by a third place at the ECC. If that wasn’t enough, the Brit also took 1st in the team competition at the ECC, competing with Team PRGNX that included Lauren Fisher, Garret Fisher and Dan Bailey. Clearly, Briggs is on a mission to prove that she will rightly take back the crown of Fittest on Earth this summer. Emily Bridgers, who finished 6th at the Games last year and won the CrossFit Invitational with Team USA, had an impressive series of competitions as well, taking 2nd at Wodapalooza and 3rd as a member of Team Pure Strength at the ECC. It will be interesting to see if that kind of form can carry over to the Atlantic Regional, where she will be competing. Finally, Kaleena Ladeairous, a name that many of you won’t be familiar with, took 3rd at Wodapalooza and 35th at the ECC. But don’t sleep on the former marathon runner and East Regional competitor. Ladeairous had three event wins at the 2013 Games, and although she missed out on qualifying in 2014, the early signs would appear to show that she’s making another push to get back to Carson this year. Of course, both of these competitions were missing some heavy hitters in Camille Leblanc-Bazinet and Annie Thorisdottir, so any predictions must be taken with a heavy dose of salt. Still, Samantha Briggs is proving to be a force to be reckoned with early on in 2015.

Four-time Games champ Rich Froning did compete at the ECC this year, albeit as part of the “Dream Team” (Froning, Stacie Tovar, Chris Spealler and Elisabeth Akinwale). However, the team finished 5th, which poses the curious question as to whether or not we’ll be seeing Froning competing at the Games this year. Froning has stated that he’ll be going team this year, but the change of pace might take some getting use to for the champ. He’ll be competing in the very tough Central Region and fighting for one of the five available spots. Still, the man does have four consecutive CrossFit Games victories so it would be foolish to ever count Froning out.