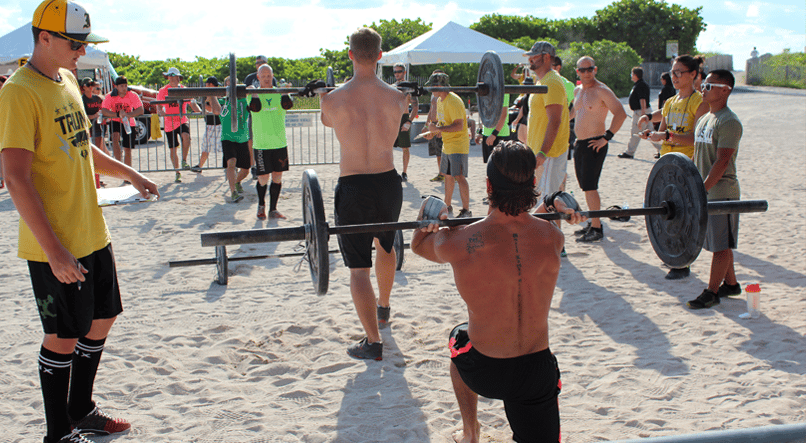 It’s not often that NFL referees enter a stadium to a standing ovation – a long and loud standing ovation at that. Yet, that was the case during the fourth week of the 2012 NFL season when the referee lockout officially ended. It was during the three weeks leading up to this moment that fans, players and anyone that followed the sport of football realized that referees aren’t just important, they are absolutely vital to the sport.

I’d love to see something similar happen in CrossFit. I’d love to see judges cheered at the end of a local throwdown for all their hard work. You see, unlike those NFL referees, the judges at your local throwdown don’t get paid 100k+ a year. They do it because they love the sport. Often times, they do it because they respect and want to emulate the very athletes they’re judging.

This is the point that gets lost on athletes that go ape shit crazy when they get no-repped (deserved or not). You see, that judge you just yelled at probably looks up to you because you’ve been able to reach a certain status as an athlete. Every region has dozens of elite athletes on the competition scene. To some, these are their local versions of Rich Froning, Jason Khalipa, etc. Imagine ‘no repping’ Froning at the Games and having him return the favor by calling you a ‘f*cking idiot’. It’s something he would never do. It’s hard to even visualize him doing that. And here’s one thing that is undeniable, he’s definitely gotten a ton of bad ‘no reps’ and inaccurate rep counts.

Another reason to cheer your judge at the end of a throwdown: they keep your registration costs down. Today, the average throwdown costs you anywhere between $80 and $110 to participate. If every competition had to pay their judges even a minimal fee, your average cost would likely skyrocket to $130-$160.

So, at your next competition, after every WOD, remember to shake you judge’s hand and thank them – for their time in making the event possible and maybe even for saving you $50.