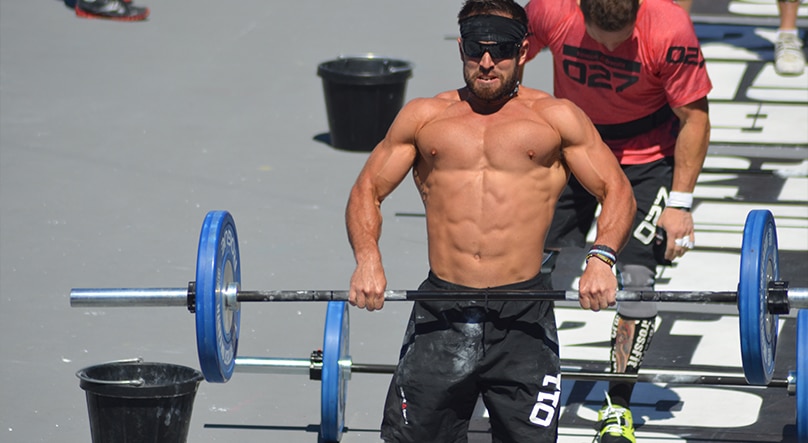 For those of you that watched the live announcement Wednesday night, 2013 5th place Games finisher Garret Fisher and 2013 6th place Games finisher Marcus Hendren performed the workout in a head-to-head battle. Fisher finished slightly ahead with a score of 373 reps while Hendren completed 358 reps. While it’s been less than a day since the announcement of the workout and many top athletes have yet to complete (or post their score for the workout) Froning’s 2011 score still remains the top score for the workout.

So, can Rich beat Rich? Yes, Rich is clearly a stronger, bigger and more experienced athlete than he was in 2011. He’s added 10lbs of muscle, 100lbs to his snatch and won three CrossFit Games since.

There’s no denying the CrossFit athlete has evolved. 14.1 will be a great measure of ‘how much?’ Rich’s 2011 score of 448 reps is almost a round a minute. In the next few days we’ll likely see a handful of athletes top that score. The question is how many?