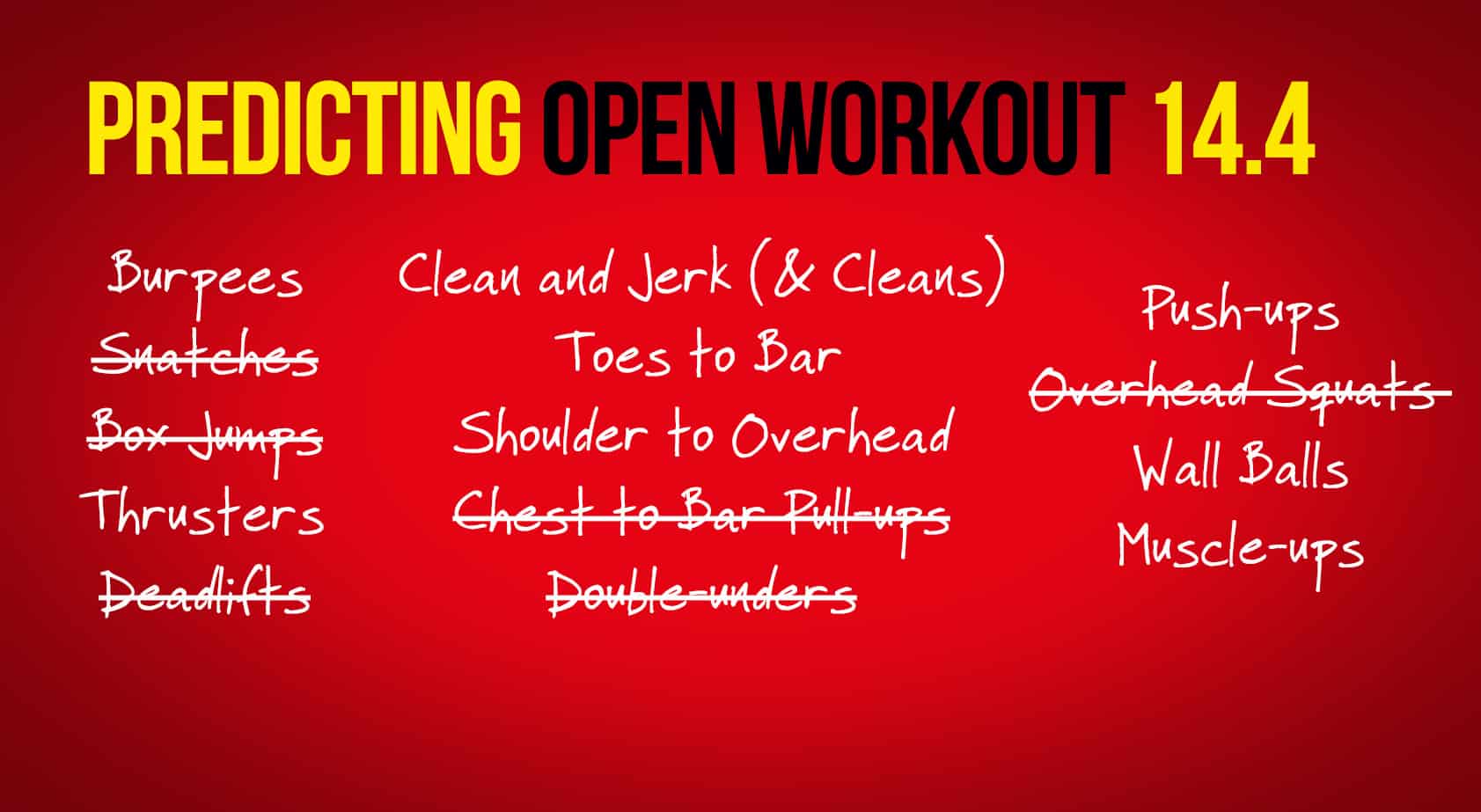 Three down, two to go. In just a few hours Dave Castro will announce Open workout 14.4 from CrossFit Bellevue in Washington. Following the announcement Josh Bridges and Scott Panchik will go head-to-head in the workout.

So, what is Dave Castro likely to throw at us?

In the past three years, CrossFit has constructed the Open workouts from the select group of exercises listed below. If we eliminate the movements that have already been included in the previous three workouts, we’re left with the following eight movements:

Next, we’ll turn our attention to social media. Last night the CrossFit Games posted this video on Instagram: http://instagram.com/p/lvzSDdhoSI/. We, like most of the people in the comment thread of the video, are going to assume that the video is hinting that 14.4 will be a chipper.

Assumptions made in predicting 14.4

1. The workout will be a triplet. Every workout since the start of the Open in 2011 has been either a couplet or a triplet. Since all the workouts in 2014 have been couplets, we’re going to assume that this week’s workout will consist of 3 movements.

3. The movements will be bar hopping burpees, thruster and toes to bar. None of these have been used in 2014 nor have they been put together in a previous Open workout.