Predicting Workout 14.5 of the CrossFit Open 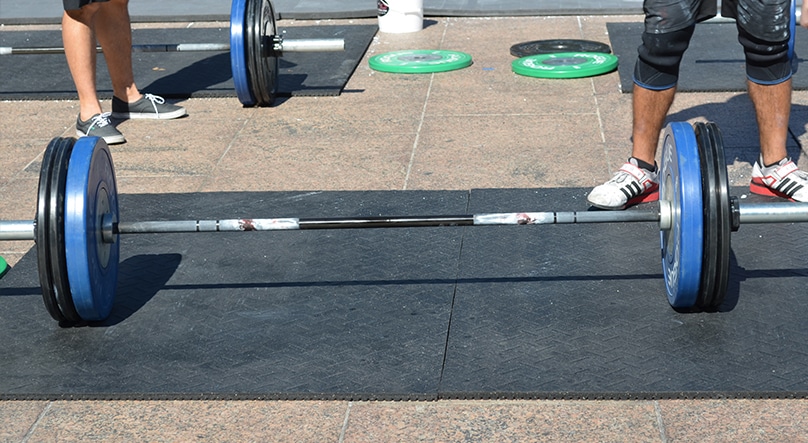 The final workout of the 2014 CrossFit Open is upon us—and in a big way! Tonight, at the Kezar Pavilion in San Francisco, 5 Games champions (Graham Holmberg, Jason Khalipa, Rich Froning, Annie Thorisdottir and Samantha Briggs) will go head to head on 14.5 immediately following the live announcement by Dave Castro. While a great number of people are guessing 14.5 will be a couplet of burpees and thrusters, we’re guessing Dave Castro is going to introduce some movements never before seen in past CrossFit Open competitions. But before we get to that, let’s take a look at what movements from past Opens have already been incorporated:

For obvious reasons, we can see why a good number of people are assuming that 14.5 will be comprised of burpees and thrusters.  However, you might remember, last week Castro programmed the rower into an Open workout, something most people thought wouldn’t happen—at least not this year.

We believe that this week won’t be any different—that is to say, 14.5 will be different. So, let’s get to it…

Pistols. We’ve seen Castro rely on this movement in Regionals and at the Games—he seems to consider them a pretty good test of fitness. During last week’s live announcement Castro mentioned that he programmed muscle-ups into the workout because “You should not go to Regionals if you don’t have a basic move like muscle-ups.” Well, the same could be said about pistols, and with 5 Games champions going head to head for 14.5, what better time to introduce this movement into the Open? And, given that this is the culminating workout of the 2014 Open season, we’re thinking that Castro will want to thin the herd yet again, just as he did with the inclusion of muscle-ups in 14.4.

Burpees & thrusters. We’ll get to the point quickly on this one: what’s an Open without burpees and thrusters? They’ve been the centerpiece of an Open workout every year since 2011. We’re betting both of these movements will show up on 14.5. (Need some reasons to love burpees? Click here.)

For most of us, this will be the end of our 2014 CrossFit Games journey, at least as competitors! With that being said, make sure you leave it all out there and finish up the season with a score you are proud of!