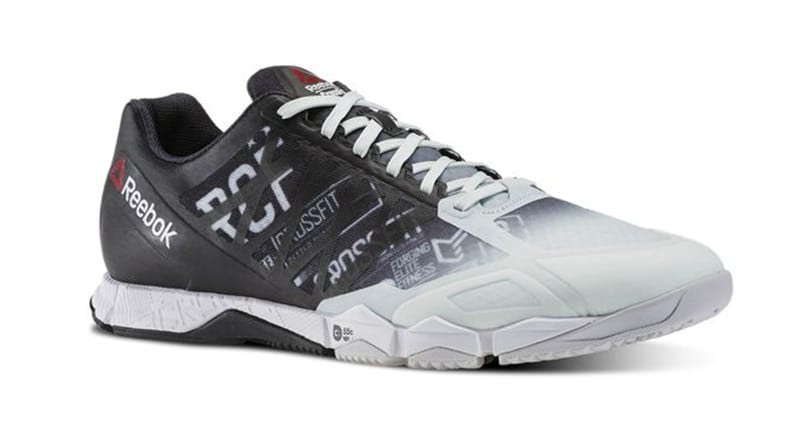 Earlier this year, Reebok released the newest addition to their CrossFit line of shoes: the Reebok CrossFit Speed TR. What separates this shoe from their Nano line is that this shoe is specifically designed with a focus on speed and running; as their tagline states, “Unleash Your Speed”.

So, what’s the verdict on the Speed TRs?

I’ve had the Reebok CrossFit Speed TRs for a little over a month now—during this time I’ve used them in everything from heavy squats to running (this shoe is marketed as a faster and more responsive shoe for bodyweight-based workouts, high-rep weightlifting and running driven WODs). Interestingly, this is one of the most versatile cross-training shoes on the market. During overhead squats, these shoes provided great stability while being light enough to give me a ‘natural’ feel during my runs. Before I get into the details, I’ll give you a general review—I absolutely love them; surprisingly, more so than the Nano 5s. Now, on to the specifics:

First impression/Fit: Unlike the Nanos, the Speed TRs need to be ‘broken in’. When you first put the shoe on, they fit a bit snug, much more ‘stiff’ than the Nanos. After one or two workouts, this stiffness feels much more like stability and in comparison to the Nanos are a much lighter shoe. The body of the shoe is much lighter and breathable than the Nano while the soles maintain a generous tread which provides a bit more stability and control. You might also want to keep in mind that the Speed TRs are a much more narrow shoe than the Nanos.

Running: In this category, there’s no comparison. The Speed TRs are a much better shoe than the Nanos when it comes to running. They clearly have the look of a more traditional running shoe.

Durability: As is customary with Reebok’s CrossFit line of shoes, the Speed TRs come with their RopePro technology and back heel for sliding up and down the wall during handstand push-ups. Unlike the mesh material of the Nano, the Speed TRs are also a much easier shoe to clean and maintain.

What they are not: While they’re a great shoe for running driven WODs or even short distance runs, I’m not replacing my running shoes any time soon. These shoes are primarily a cross-training shoe, one that happens to feel great on runs, I wouldn’t push that distance past 2 or 3 miles though.

Overall: If it’s not clear yet, I think these are Reebok’s best CrossFit training shoe to date; and at under $100, the price is just right!

Bear Mattress: Is This the Best Mattress For Athletes?