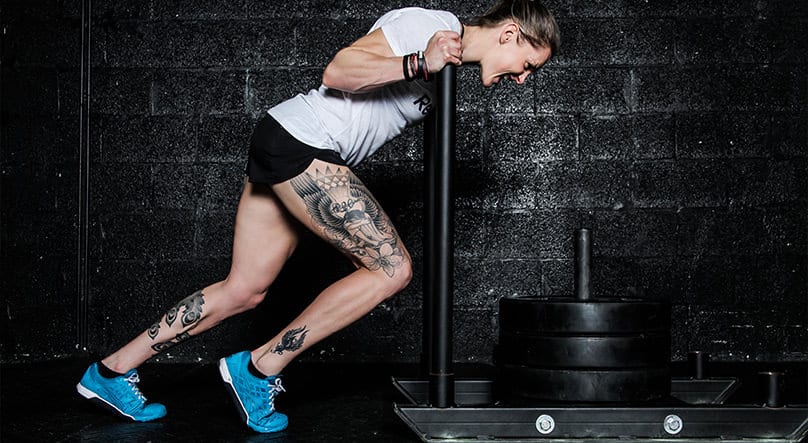 Sam Briggs, 2013 CrossFit Games champion and member of Team Europe at the 2014 Invitational, will be competing in the South East Region when the Open kicks off next week. Log on to the CrossFit Games site and search for “Samantha Briggs”, and the Briton’s profile will appear with the symbol of an orange next to her name, signifying that she is indeed registered to the South East.

The 32-year-old Briggs has been a regular competitor at the European Regional for the past several years, though she famously missed out on defending her title at the 2014 Games thanks to a 4th-place finish at Regionals. Briggs’ regular Regional competition has usually come from Annie Thorisdottir and Katrin Davidsdottir. Thorisdottir, who won the Games in 2011 and 2012 and finished 2nd to Camille Leblanc-Bazinet last year has been the only other European woman with a top 10 Games finish.

In 2015, Briggs will face much sterner opposition in her new division. The South East Region will merge with the Mid Atlantic to form the Atlantic Regional, and suddenly the number of past top-10 Games finishers Briggs will have to contend with explodes. The new Atlantic Regional is loaded with talent. Since 2011, six athletes from these two regions have finished in the top 10 at the Games at least once. Last year, three women—Emily Bridgers, Lauren Brooks and Cassidy Lance—all finished in the top 10, and in 2015 they will all be competing at the Atlantic Regional alongside Briggs. Other big names in this division include Talayna Fortunato (3rd in 2012, 5th in 2013, 33rd in 2014), Christy Adkins (21st in 2011, 11th in 2012, 7th in 2013 and 21st in 2014) and Anna Tunnicliffe (9th in 2013, 22nd in 2014). That’s a lot of firepower that Briggs will have to contend with—according to the new rules, only five of these women will qualify for the Games. But let’s not forget that this is Sam Briggs we’re talking about—Fittest Woman in 2013, CrossFit Invitational winner with Team World in 2013, and one of the strongest contenders to win the title in 2015.

But Briggs isn’t the only athlete switching Regions. Garett Fisher, 5th place finisher at the 2013 Games and newly minted resident of South Florida (as he’s been training Miami rap star Rick Ross for the past year), is making the move from the loaded NorCal Region and like Briggs is also registered to compete in the South East this year.