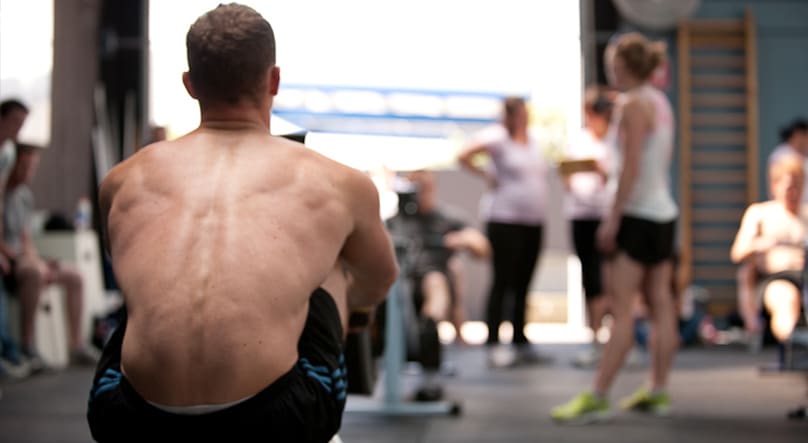 There’s no question that for the last five weeks, most of the CrossFit community has placed its focus on the Open. For 95% of the athletes in this sport, the Open serves as our Games—so we treat each workout with a renewed mentality and work ethic. Now that it’s over, an athlete might feel a huge sense of relief, but return to training with somewhat of a dilemma. After the all, the Open commanded so much of our attention and goals over the past month—which leaves many a CrossFit athlete asking themselves an unfamiliar question: now what? Well, even though the 2015 CrossFit Games Open may be over, it can still provide the answers to that question.

Work on your limiting factor
The design of the CrossFit Open is to expose an athlete’s weakness(es) across a broad range of varied tests, and over the years Dave Castro and the Games staff have gotten more efficient in creating workouts that stump athletes. Even the elite competitors will have discovered holes in their fitness over the course of the five workouts (though these holes might be minor). For the rest of us, we likely found a plethora of limiting factors during the Open—be it an inefficiency with a gymnastic movement, a lack of muscular endurance or strength, or simply having a poor engine. While we might not have enjoyed finding out just how frustrating a set of toes-to-bar can be during the Open, such information is crucial to our overall development as athletes. For example, I struggled mightily with the handstand push-ups (HSPUs) during 15.4, which came as a surprise to me. Though I was enraged at the moment, I now see how important it was that they were programmed during this Open. If they hadn’t come along, I may very well have carried on my merry way post-Open, oblivious to the gaping hole in my fitness. Thankfully, they did come up, and now I have an entire year to make sure that if HSPUs do crop up in the 2016 Open, I’ll be ready for them—thus making me a fitter athlete.

In truth, it’s not just HSPUs that are limiting my progress—as is surely the case for most athletes—but it is the most obvious weakness I have. Therefore, if you feel that your CrossFit soul is lost without the Open, have no fear! Now is the time to turn your attention towards all those issues that caused you so much grief over the last five weeks, and begin your journey to the next level of your CrossFit life.

Utilize the Open as a frame of reference
When you hit an Open workout, you take your performance to another level. It’s hard not to, what with the athletes at your box cheering you on and the knowledge that you’re competing against 270,000 other CrossFitters around the world. Each of the five workouts takes on a special significance, and you bust your ass to make sure you can post the best possible score.

Now, this isn’t to say that you don’t work hard during regular classes too, but it’s almost impossible to replicate the environment of an Open workout. As a result, it’s equally hard to maintain the work rate and performance level that you gave during the Open. You’re a lot less likely to go to a dark place during the 6 p.m. class than you were during 15.5.

But that doesn’t have to be the case.

Now that you know how far you are willing to go in a workout—how much pain you are willing to accept—you can use the memories of Open workouts as a frame of reference to push yourself harder in regular classes. Instead of dropping the bar when you start to feel tired and the pain starts creeping up, remind yourself of how you accepted the pain during the Open workouts but kept moving, kept fighting for the best possible time you could achieve. And when the workout was done, you were done. Spent. There was nothing more you could have given.

Now, it can be mentally and physically exhausting to travel to ‘the dark place’ day in, day out. In fact, there will be workouts where such a trip might not be necessary. But the point is just because the Open is over, it doesn’t mean that you can’t give an Open effort to the rest of your training.

Repeat the Open workouts of previous years
However, if you’re still having withdrawals from the Open, you can always continue the fun by repeating some of the workouts from past Opens, dating all the way back to 2011! Honestly, who wouldn’t want to try 7 minutes of burpees again (12.1)? In addition to being excellent tests of fitness—especially if you compare your results with the years you first tackled the workout—repeating Open workouts can prolong the ‘spirit’ of the competition throughout the year. Much like doing benchmark or hero WODS, doing an Open workout can add some extra spice to your training, and remind you that even though it’s only March, 16.1 is not that far away.

Enjoyed the thrill of competing? Sign up for a local competition
One of the main draws of the Open is that for a lot of athletes, it’s their first taste of competing in a CrossFit competition. But once it’s over, returning to regular classes can seem a bit…dull. For those of you who miss the thrill of competing, fear not! One of the wonderful things about our ever-expanding community is that there are local throwdowns that you can sign up for almost every weekend. Whether you want to compete as an individual or join a team of friends from your box, signing up for a competition is a great way to add some variety to your training, as well as an opportunity to set yourself some personal goals with your fitness and your experience in CrossFit. In that sense, signing up for a bunch of CrossFit-style competitions can act as ‘mini Opens’ that provide a nice buffer between now and the return of the competition next February. So don’t worry, time flies when you’re having fun! Before you know it, 16.1 will be upon us.