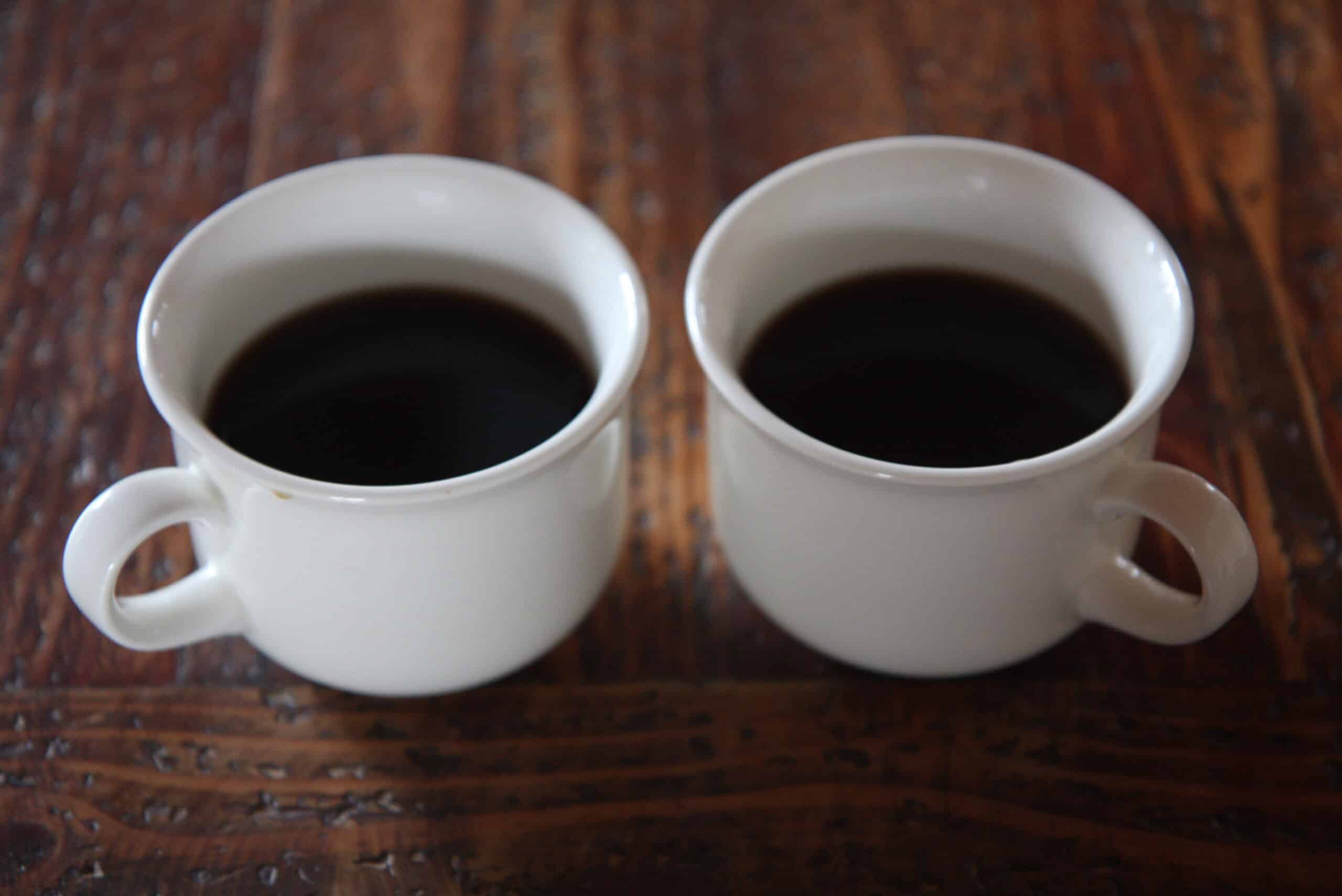 Because just about everyone is ingesting caffeine in one way or another, and it is so readily available (coffee, tea, energy drinks, etc.) caffeine is no longer on the banned substance list of the International Olympic Committee. It is now listed as a “controlled or restricted substance”.

Caffeine is mainly popular because it functions as a mild stimulant—more on that later. As such, it helps wake us up and keeps us going when we feel like throwing in the towel. Therefore, it comes as no surprise that athletes are interested in those very same effects as it is applied to their sport. So, can caffeine help to enhance your athletic performance?

How does caffeine work?
To understand how caffeine might help you during a WOD, we need a quick biology lesson on how the drug works in the first place. Throughout the day, neurons (an electrically excitable cell that processes and transmits information through electrical and chemical signals) are firing in your body, which leads to the build-up of a neurochemical called adenosine. The nervous system uses special receptors to monitor your body’s adenosine levels. As the day wears on, more and more adenosine (a neuromodulator that plays a role in promoting sleep and suppressing arousal) passes through those receptors—and it makes you sleepy. It’s one of the reasons you get tired at night. Caffeine is believed to work by blocking adenosine receptors in the brain and other organs. This reduces the ability of adenosine to bind to the receptors, which would slow down cellular activity, and helps to keep you from getting tired.

But that’s not where coffee’s kick comes from. With the adenosine receptor clogged, neurotransmitters like dopamine and glutamate can get a head start. Adenosine has a calming effect because it slows the activity of nerve cells, whereas caffeine speeds up the activity of cells. Nerve cells that are stimulated by caffeine release the hormone epinephrine (adrenaline), which increases heart rate, blood pressure, and blood flow to muscles, decreases blood flow to the skin and organs, and causes the liver to release glucose.

But the effects of caffeine can only last so long. It takes about four cups of coffee to block half of the brain’s adenosine receptors, so caffeine is quickly removed from the brain. However, continued exposure to caffeine leads to developing a tolerance to it. Tolerance causes the body to become sensitized to adenosine, so withdrawal causes blood pressure to drop, which can result in headaches and other symptoms. Too much caffeine can result in caffeine intoxication, which is characterized by nervousness, excitement, increased urination, insomnia, intestinal complaints, and sometimes hallucinations.

Caffeine and athletic performance
Caffeine works to reduce fatigue and increases our heart rate and blood flow to our muscles. It’s no surprise therefore that there have been numerous studies to examine how the effects of caffeine can be tailored to improve an athlete’s performance. Even the U.S. Military has researched the physiological effects of caffeine on hydration and performance, concluding that it “improves cognitive abilities, marksmanship, physical performance and overall vigilance, while preventing fatigue-related injuries and deaths.” From this research, the military actually developed a caffeine chewing gum called Stay Alert, with each piece containing 100 milligrams of caffeine, equivalent to a 6-ounce cup of coffee.

Starting as long ago as 1978, researchers have been publishing caffeine studies. And in study after study, they concluded that caffeine actually does improve performance. But in what ways?

Enhances endurance levels
Glycogen (a type of sugar in the body) is the principal fuel for muscles and exhaustion occurs when it is depleted. A secondary fuel, which is much more abundantly found in the body, is stored fat. As long as there is still glycogen available, working muscles can utilize fat. Caffeine mobilizes fat stores and encourages working muscles to use fat as a fuel. This delays the depletion of muscle glycogen and allows for a prolongation of exercise. The critical time period in glycogen sparing appears to occur during the first 15 minutes of exercise, where caffeine has been shown to decrease glycogen utilization by as much as 50%. Muscle glycogen is therefore preserved for longer, and is available for use as energy during the later stages of exercise, thus increasing endurance levels and delaying the onset of fatigue. In addition, because caffeine promotes the use of stored fat for energy rather than glycogen, you’ll also benefit from increased fat burning.

May reduces the effect of delayed onset muscle soreness (DOMS)
Remember how caffeine blocks the body’s receptors for adenosine, which helps us feel more energized? As it turns out, adenosine is also released by the body in response to inflammation, such as the type that occurs in our muscles after a grueling WOD. So if caffeine is acting to block adenosine, then not only are we going to feel more alert, we’re going to feel less sore after a workout, too. A 2013 study published in the Journal of Strength and Conditioning Research appears to support this. Nine “low caffeine consuming males” were blindly given either caffeine or a placebo one hour prior to completing sets of bicep curls. They received caffeine in proportion to their weight, with the average dose around 385mg. That’s about 2.5 cups of coffee. Then they performed a lot of bicep curls, finishing with a one max-effort set. Over the next few days the participants returned to the lab each day and reported their levels of soreness. Starting on day two, the caffeine group reported significantly lower levels of soreness compared to the placebo group. This difference continued each subsequent day, but was most drastic on days two and three. Soreness to the touch was also drastically different. The placebo group experienced significantly more pain when their biceps were touched up to two days after the test. There are of course some caveats to these findings, namely the fact that all the subjects were males (females may respond differently to caffeine), and they were all low caffeine consumers. The results may not be applicable to regular caffeine users, since they may be less sensitive to caffeine’s effect.

Considerations with caffeine
It is important to remember that despite the apparent benefits of using caffeine, it is still a drug and too much of it can actually have a negative impact on your health and performance. Over-consumption of caffeine can lead to insomnia, indigestion, headaches, irregular or fast heartbeat and dehydration.

Moderate caffeine intake is considered to be 250 mg (milligrams) per day. In research studies, the amount of caffeine that enhances performance ranges from 1.5 to 4 mg per pound of bodyweight taken one hour before exercise.

Recommendations for Athletes
If you choose to use caffeine on competition day, here are a few tips that may help you maximize the benefits.

1. Take caffeine about 3 – 4 hours before the competition. Although blood levels of caffeine peak much sooner, the maximum caffeine effect on fat stores appears to occur several hours after peak blood levels.

2. Consider decreasing or abstaining from caffeine for 3 – 4 days prior to competition. This allows for any tolerance to caffeine to decrease and helps to ensure the maximum effect of the drug. Be careful though, because this may also lead to caffeine withdrawal.

3. Make sure you have used caffeine extensively under a variety of training conditions and are thoroughly familiar with how your body reacts to this drug. Never try anything new on competition day.

Photo courtesy of chichacha/CC By 2.0