The Benefits of Box Squats 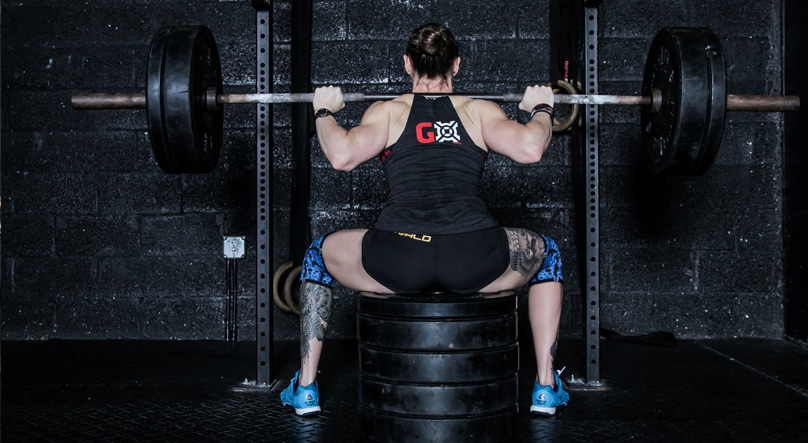 Everyone loves squatting. Out of the myriad of fitness movements that are reflected in everyday life, the squat is far and away the most commonly performed. Everyone has their favorite style, be it the front squat, overhead squat or back squat. You can even get a little fancy and experiment with kettlebell squats, dumbbell squats or squatting with chains. Because the squat is such an obvious lift that transfers over to our movement patterns outside of the gym, we spend a lot of time focusing on how to do them properly, and how to get better at them. One such method that may sound foreign to you is to practice box squatting.

Despite the fact that powerlifters have been using box squats to lift inordinate amounts of weight for over a half-century, it’s still considered by some (like Louie Simmons from Westside Barbell) to be a secret weapon that can explode your strength and squat numbers. So, lets figure out why that’s the case, beginning with a breakdown of how to correctly execute a box squat.

How to perform a box squat?

What are the benefits of box squats?

One of the great things about box squatting is that an athlete will always have to break parallel in order to reach the box during the eccentric phase of the lift. When free squatting, there is a tendency for athletes to squat higher as the weights get heavier. Box squatting eliminates that entirely, and after consistent practice with the box, an athlete should always break parallel for all squats.

Furthermore, box squatting helps teach correct squatting technique by ensuring that an athlete sits back completely when descending, rather than just dropping down and bouncing up (however the bounce can be advantageous, as I discuss below).

Improves Mobility and range of motion

Box squatting is a form of ballistic stretching, and can be an excellent method to assist with poor flexibility and range of motion and provides an easy way to measure progress. If an athlete can’t break parallel on the squat, set the box to a height that is above parallel.

If this is still too hard, simply stack a 45lb plate on top of the box (or however many are needed). As an athlete develops their range of motion in the squat, you can start to strip the plates away and adjust the box height until they are able to consistently break parallel.

As I mentioned, box squatting forces an athlete to squat backwards rather than straight down. This allows the lifter to sit further back on the box and achieve a shin angle that is perpendicular (or past perpendicular) to the floor. Combined, this places a great load on the muscles of the posterior chain.

Furthermore, because box squatting forces an athlete to break the eccentric-concentric chain, it helps to develop a huge amount of power as you are using dynamic concentric contraction to lift with muscles that are in a relaxed or static state from sitting on the box.

Yes, using the bounce/rebound of free squatting is useful when it comes to getting out of the hole, but if you are able to lift a ton of weight from a seated position on the box, there is no doubt you can lift that amount (and more) when free squatting. In fact, box squatting produces a rate of force development that is three to four times greater than other forms of squatting.

If you are free squatting and you are forced to bail, the idea is to push the elbows through, ‘hop’ forward and let the bar crash to the ground behind you. Of course, not every athlete has the capability to bail effectively, and if you tweak a hamstring in the hole, bailing out becomes quite a challenge, even for the most experienced of lifters. If the weight becomes too heavy during a box squat, you have the safety net of having a box behind you. If you can’t get up, simply call to your spotters that you need assistance and they will help you stand.

Hopefully this wouldn’t be too much of a problem because you actually use less weight when you box squat, and you are forced to use better form, which helps to reduce spinal compression. Lastly, having a perpendicular shin angle reduces pressure on the patella tendons, making box squatting much easier on the knees.