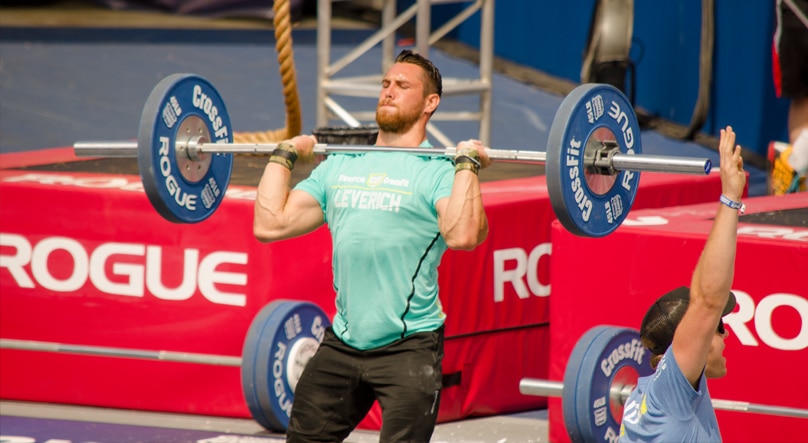 While we would all like to believe that we could go to the box and operate at maximum efficiency and power for months on end, we know that this simply isn’t the case. You get stronger by recovering from exercise. This is a simple concept that has formed the basis of exercise physiology and program development for countless years. In a nutshell, the basic theory of supercompensation—in which an athlete is stronger after resting—works as follows (as described by CrossFit Impulse’s Jeff Barnett):

1. Provide a stimulus to an organism (exercise)

3. The organism adapts to better handle the stimulus (Next time you can deadlift 375 lbs instead of 370 lbs).

As Barnett correctly identifies, people are all too happy to follow steps one and three, but often forget about step two—which is probably the most important one. Think about it—if you never remove the stimulus to an organism (your muscles/body), the organism doesn’t have a chance to adapt to it and will start to shut down. This is known as overtraining, and it’s one of the most common ways people get hurt. Your body and muscles need time to rest, recover, repair and adapt to the stressors you place upon it during your training sessions. Rest, therefore, is a crucial part of your development as an athlete.

So, how do we go about ‘resting’? The first thing that comes to mind is taking a day (or two) away from the box and exercise all together, or perhaps spending some time doing active recovery—playing basketball, going for a swim, etc. But depending on your volume, frequency, and intensity of exercise, a day or two might not be enough. Obviously you don’t want to spend weeks away from the gym not getting a workout in, so what alternatives do you have? Enter the deload week.

Why have a deload week?
The Essentials of Strength Training and Conditioning explain the purpose of a deload week as an opportunity “to prepare the body for the increased demand of the next phase or period,” and to mitigate the risk of overtraining. As I already mentioned, the chief purpose of the deload week is to give your muscles and joints time to rebuild, heal and grow stronger. A properly planned and executed deload week allows your connective tissue to repair (since muscle recovers more quickly than your joints and ligaments) and restores testosterone and cortisol levels. Moreover, a deload week gives your mind the chance to take things easy for a while and get away from the intensity that consistently tough workouts can provide.

If done correctly, you should return from a deload week with a properly adapted, well-rested, stronger and more focused body—which equates to new PR’s and new levels of stimuli (i.e. more weight, frequency, etc.), making the process start all over again.

Need some more convincing? A 2010 study from the Journal of Strength and Conditioning Research showed that collegiate athletes gained more strength on an “autoregulatory progressive resistance training” regimen (where trainees proceed at their own pace, increasing or lowering the resistance according to how they feel) than on a linear progression model (where there is a set increase in intensity and resistance from week to week).

When and how to use the deload week
If you’re already following a pre-designed program (such as the Jim Wendler’s, 5/3/1 program) then your deload week will already be scheduled in for you. You simply follow what the program says and you’ll notice that on one particular week your volume and loads will be much lighter than in others.

If, on the other hand, you’re writing/following your own program, there are some telltale signs that provide an indication of when you should throw in a deload week. These include feeling weak or unable to consistently lift heavy weight (which is a sign that your central nervous system is shot), sore joints and a lack of motivation and desire to work out.

Ultimately, the pre-scheduled deload is optimal as you don’t have to wait for these warning signs that your body is starting to suffer to take a rest.

Deload weeks are usually programmed into the fourth week of most training programs, as is the case for Jim Wendler’s 5/3/1 program. Wendler promotes training at specific percentages in four-week cycles, with increasing intensity for the first three weeks before rounding it out with a deload week:

So, how can you incorporate a deload week into your own training? One simple way is to adopt the three weeks on, one week off method that is prescribed by Wendler and other coaches. You still take your normal rest days during your training weeks, but when you get to the deload week, you have to deload. Matt Rhodes in elitefts lays out a few options to successfully incorporate deload weeks:

Keep in mind, the longer in advance your programming is scheduled, the more you can incorporate deload days, weeks and even months into your training. If you or your coach have planned a macrocycle (a training plan usually lasting a year and with the goal of peak performance in a given competition) then it is likely a deload month or two are programmed into the training plan—usually after a tough few months or before the start of an intense cycle and then after the competition for which you’ve been training (think of a deload month after the Games for example).