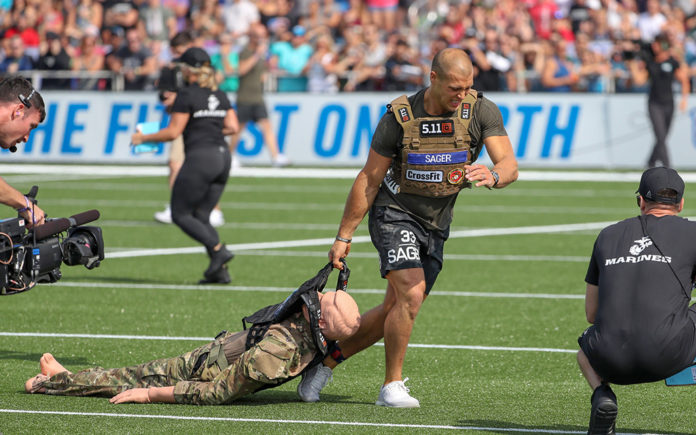 In an effort to get back to the core of CrossFit and better represent the globalization of the sport of fitness, CrossFit Chairman Greg Glassman announced big changes to the Games last month:

With Regionals completely out, new qualifying events in, and a male and female qualifier for each country with an affiliate, athletes around the globe have to completely rethink their training ­– or not. While everyone is affected by the changes in some way, certain groups might be more so than others.

1. Most affected: Regianals & “bubble” athletes
With the new format, the term “Regionals Athlete” is now a thing of the past. For many athletes and teams, doing well in the Open and making it to Regionals was actually the end goal. Further, depending on the country, regional athletes who were previously on the “bubble” of qualifying for the Games are now looking at a much narrower chance with far fewer spots available, especially in the U.S. Yes, there are the 16 CrossFit-sanctioned competitions they could qualify through, but traveling and entry fees add up. If you aren’t sponsored and don’t have a pile of previous winnings to draw from, money creates an entry barrier for many.

2. Definitely affected: Middle-of-the-pack Games athletes
It’s a tough pill to swallow, but we likely won’t see the usual cast of characters in upcoming Games seasons. Even those who will place competitively in the Open or podium at these sanctioned events (2nd & 3rd place finishers) aren’t guaranteed a spot at the Games. The middle-of-the-pack Games athletes will likely be watching the 2019 Games with the rest of us instead of competing.

3. Somewhat affected: Affiliate owners/programmers
This has more to do with the shift of the Open than anything. You’ve probably noticed hashtags like #openprep and #theopeniscoming start to float around December through February as boxes ramp up for the beginning of Games season. You’re more likely to be practicing things like stringing multiple reps together and honing skills that you’re on the cusp of grasping. These are things that affiliate owners and programmers have to consider months ahead of time. So with these changes coming, and TWO opens to plan for in 2018, they have their work cut out for them.

5. More affected than they may think: Everyday CrossFitters
While the only perceived change for those simply completing the Open workouts is a new timeline, these are the athletes who Glassman wants to focus on as the company moves forward. Glassman estimates only 300-500 boxes around the world have sent an athlete to the Games, but 1,500 or more, out of 15,000, have shaved 100 pounds off a member. “The miracle at the box is the health,” Glassman said in an interview. These CrossFitters may see a shift in CrossFit’s presence, social media and messaging that speaks more to them than the elite firebreathers on the competition side of the sport.