How to Destroy the 2018 CrossFit Open 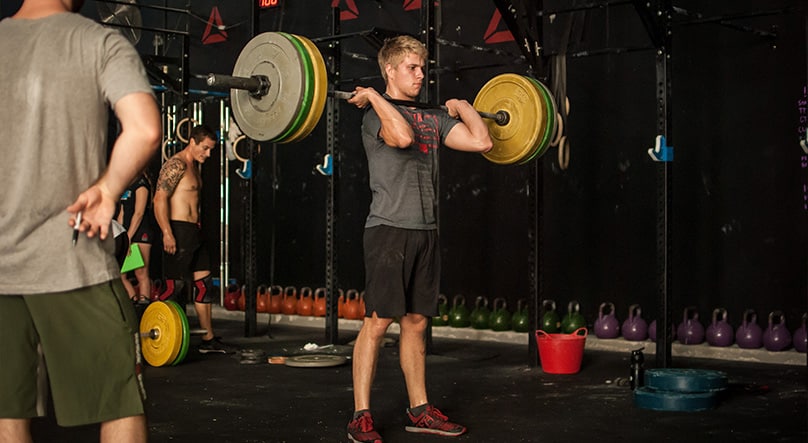 You’re likely not going to read anything revolutionary in this post. However, if you want to maximize your improvement year-to-year, then pay attention because these three tips will help you to destroy the 2018 Open; not compared to someone at your box or some illogical number on the leaderboard—I want you to destroy the 2018 Open compared to your performance in the Open this year. Again, let’s maximize your improvement, year-to-year.

1.Address your weaknesses. I warned you this wasn’t revolutionary! Before you can address your weaknesses you have to acknowledge them. One area where the Open does a phenomenal job is highlighting weaknesses. Take a look at your performance this year and list the things that held you back the most. Did your lower back give out during 17.1 or 17.4? Did the toes-to-bar destroy your core during 17.2? Did handstand push-ups or bar muscle-ups do you in? Maybe your pace on the rower kept you from putting up a good score during 17.4? Was strength or technique an issue during the snatches in 17.3?

Next, come up with a plan to attack each weakness over the course of the upcoming year. Assuming handstand push-ups were a big factor—get with your coach and analyze why? Whatever held you back during handstand push-ups could be completely different than what held back someone else at your box. It’d be illogical to address both with the same plan. Was it an issue with technique, strength or a combination of the two? Can this weakness be addressed over the course of a month or two, or will you need more time, eight or ten months? Regardless, over the course of the upcoming year, the improvements you can make with a focused plan and consistent effort will probably shock you!

2.Focus on You. Sometimes it’s not about physical ability. The Open, as much as it’s about community and having fun, tends to unnerve many athletes. This time of year, more than any, drives athletes to compare themselves to others at the box and even around the world. You may have found yourself doing this—a lot! Stress can be a positive motivator as long as it’s at an appropriate level. Many of you, however, may have let the stress of the Open keep you from reaching your true potential. If your goal was anything other than to do the best YOU could do during each workout, then this one’s for you. Next year, make it a goal to get in the zone during each workout. Find YOUR pace and go. Make it about you, not the person you want to beat. If you’re competing against someone else instead of ‘the you’ that wants to quit and give in to the pain—then you’re playing a losing game. Of course, this isn’t something that just happens. As much as you have to work on your physical abilities, you have to work on this!

3.Be patient! Improvement takes time. Put in the work and it’ll come. Rush it and you’ll end up injured or discouraged.

William Imbo is an Associate Editor at BoxLife magazine, CrossFit Level 1 Trainer and holds an MPS in Sports Industry Management from Georgetown University. He is an avid CrossFitter and loves film, music and travel, thanks to having grown up across Europe. A fan of the New Orleans Saints and Newcastle United, Will's favorite CrossFit girl is Helen-least favorite being Isabel.