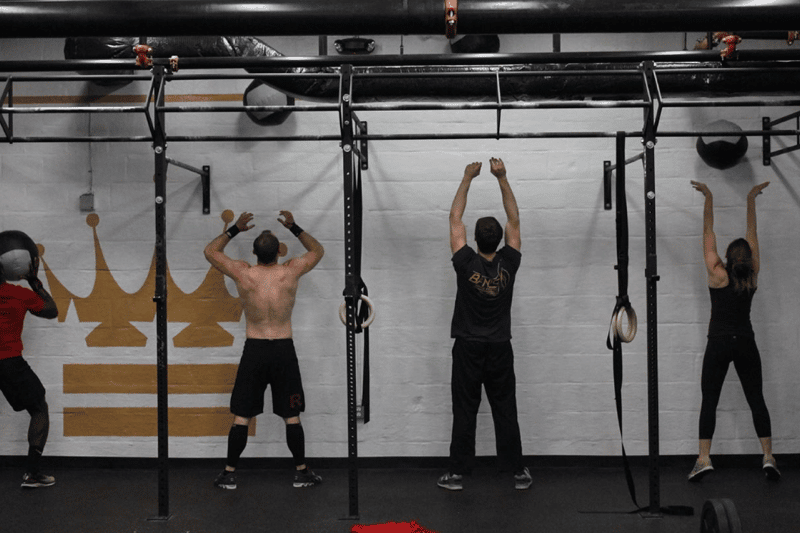 True, the wall ball does seem to be a bit of an animal. So how does one perform it properly? Glad you asked…

How to perform a ‘wall ball’

What makes the wall ball so effective as an exercise?
Well for starters, wall balls are a functional exercise (a movement performed in multiple planes using multiple joints), which means that they will help you in everyday movements, and not just in the gym. Think about how often you need to squat in life, or lift something over your head, and the practical application of the wall ball becomes immediately apparent. To further emphasize this point, lets return to the Coach. “As an example of high functionality and marked carryover of cardiorespiratory benefit to our sport and human performance in general, we offer our “wall ball” exercise. The functionality of throwing or shooting an object from overhead and standing up is hopefully obvious.”

Wall balls mirror the dreaded thruster in so far as they work multiple muscles in your body. 11, to be precise. That’s a ton of muscles to be working in one exercise, and you’ll need all of them to generate the power and explosiveness to squat down, explode out of the hole and throw the ball to strike a target on a consistent basis. You do enough wall balls, and your explosive power will steadily increase—and you’ll become more efficient at using it when you’re gassed. After all, it’s not just your muscles that need to work hard during wall-balls—your heart and lungs will be getting a pounding too. Just try Karen (150 wall balls for time) to see what I mean. Needless to say, wall balls can significantly increase your aerobic and anaerobic capacity.

What are some tips to become more efficient at them?
1. Rest your arms
When the ball is in flight, you are in “off tension”—you’re not fighting any resistance or load. This is a brief period in the movement when you are actually able to rest, but a lot of athletes keep their arms actively extended overhead during this time. This is inefficiently and unnecessarily spending precious energy, so simply let your arms relax and fall down to your sides while the ball is in the air. Don’t worry, you’ll have enough time to catch the ball when it rebounds off of the wall, and you’ll actually be catching the ball closer to the ground, shaving precious seconds off of your time.

2. Rest with the ball against the wall
Obviously, for some workouts (see Karen), your lungs will be on fire and your arms will be spent, so you can’t help but let the ball drop to the floor—and that’s ok. But to save yourself from the effort of having to clean the ball of off the ground and get back into the flow of things, simply try placing the ball between your chest and the wall and let your arms hang at your sides. You’ll save both time and energy.

3. Make every shot count
I’ll play dumb and pretend that you don’t count the reps that hit just below the target—or not at all. But even if you do, it’s much harder to catch a ball that’s completely missed the target and is falling awkwardly, causing you to step out of a good squat stance and waste valuable time correcting yourself. Take the time and focus to ensure you strike the target with every rep so that you can get into a good flow and save yourself the trouble of stopping and starting.

4. Squat properly
Just because there isn’t a barbell involved doesn’t mean you should forgo the basic mechanics of a good squat. Keep your chest high, your shoulders back and your toes pointed forward. Make sure that you push your knees outwards when you descend and stand, driving out of your heels and snapping your hips up to generate as much power as possible for every rep. Keep the basic mechanics in your head when you’re in the midst of the wall ball pain and it’ll go by far smoother, I promise you that.

What else can you do with a wall ball?
Obviously, the ‘ball’ you use isn’t actually called a wall ball—it’s a medicine ball, and in case you didn’t know, medicine ball training has been around for a long time. They were a traditional staple of 18th and 19th century English gyms, and there are references to Persian wrestlers training with sand filled bladders almost 3000 years ago. The medicine ball is an incredibly versatile tool that can be used on it’s own or in conjunction with another movement, as I’m sure your coach has already experimented in doing. But if you wanted to play around with it on your own time, here’s a helpful list of the different things you can do with a medicine ball to get you started: