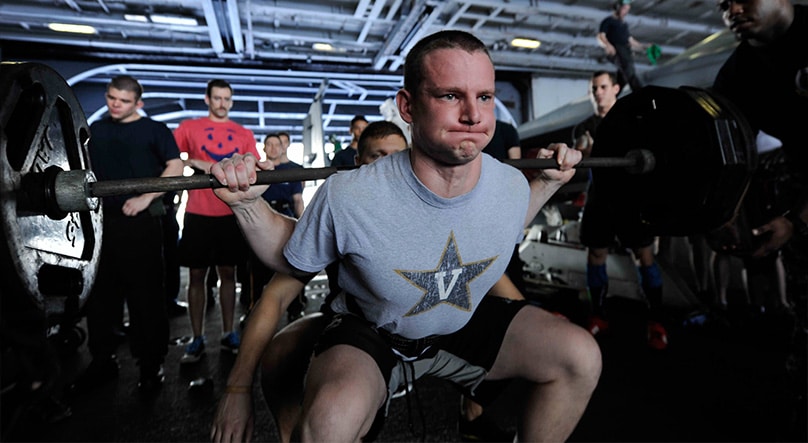 The Texas Method (TM) is a strength training program renowned for its ability to provide intermediate to advanced lifters (those with 18-24+ months of continuous training according to legendary strength training coach Mark Rippetoe) with increased variety and physical adaptation. It’s recommended that intermediate and advanced lifters perform the Texas Method due to something called the ‘novice effect’. As Rippetoe writes, the novice effect refers to the ability of beginner athletes to make substantial strength gains when they first start following a program that follows a linear progression. Linear progression programs follow a set rep scheme and increase the load in each workout. They typically average three training days a week (with one day of rest in-between), and even though these programs may be relatively straightforward, they still illicit an adaptive stress in the body to become stronger. Novice athletes aren’t used to these kinds of stressors, which is why you’ll often see people make huge jumps (15lbs+) in their first few months of lifting properly—I’m sure you can recall the days when you were stoked to see your numbers soar in such a fashion.

However, with time and experience, an athlete starts to experience smaller and smaller gains as their body adapts to the program. It’s now far tougher for an athlete to adapt on a daily (by workout) basis, and must now shift into a weekly adaptation. This is when the athlete can take a look at the Texas Method. “The Texas Method balances the stress of increased weight and varied volume with adequate recovery time so that intermediate lifters will progress for an extended period of time.”

Origins of the Texas Method

The TM came into existence through the joint efforts of Rippetoe and Olympic Weightlifting coach Glenn Pendlay. As the story goes, Pendlay and his lifters were working out of Rippetoe’s Wichita Falls Athletic Club. The athletes were working their way through 5 sets of 5 reps of squats on a Friday afternoon. One of his lifters started complaining about the workload for the day, so Pendlay gave him a challenge—if he could hit a PR  for a set of 5, he’d only have to do one whole set for the day. Of course the athlete accepted, and proceeded to hit a 5-rep PR, simultaneously giving birth to the foundations of the TM. Instead of athletes performing 5×5 squats on Mondays and Fridays (as had been called for in the program), athletes now had to hit a PR set of 5 on Friday. Rippetoe would later bring the TM into publication through his book, Practical Programming for Strength Training, which gained plenty of attention as many athletes had found great success through Rippetoe’s novice program (Starting Strength), so they were inclined to move on to more advanced work.

Remember, as Riptoe stated, “the Texas Method balances the stress of increased weight and varied volume.” As you can see from the program outline below, this is certainly the case.

And that’s it! This program is brutally simplistic, but it’s worth mentioning that the TM is more of a template than a true cookie-cutter program. You’ll notice that the design of each day’s work follows a pattern. Monday calls for high volume, Wednesday uses lighter loads with the intent of giving the athlete some recovery time so that they are ready to set a new PR on Friday.

The effectiveness of the TM is that it condenses the concept of ‘block periodization’ into one week. That is to say, unlike other programs that spend weeks focusing on volume, a few more weeks focusing on recovery before finally spending a week trying to hit new PR’s, the TM does the whole thing inside of a week. The variation of volume inside of a week is what makes it an ideal program for the intermediate athlete.

The TM doesn’t have a set ‘end’ date, so you can follow it for as long as you like. With that said, the TM is a hugely popular program for the intermediate athlete so give it a try for a few weeks and see how it works out for you.