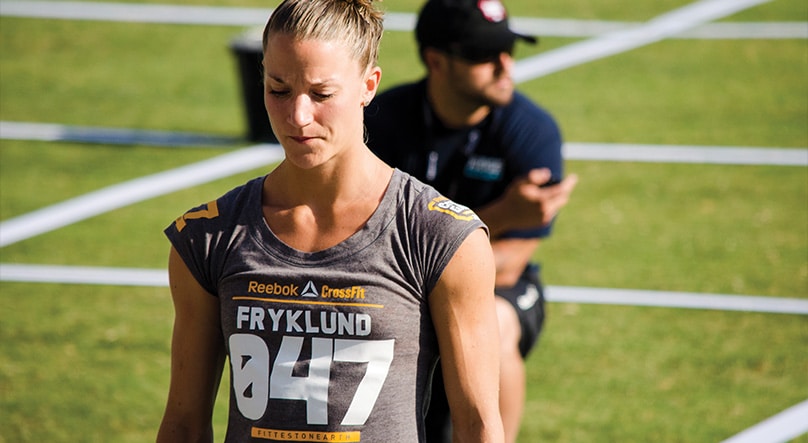 Many of us may believe that physical ability, skill and preparation are greater determinants of performance than body language could ever be. And while that may be true, it doesn’t mean that our body language isn’t important. After all, the way we carry ourselves—quite literally—can reveal a lot about our physical and mental state of being. A confident athlete looks the part—chest up, head held high, an expression of determination and focus on their face. The greatest of athletes are united by these attributes. They know they are the best, and they believe they will win. Their body language is just a physical manipulation of this belief and confidence, and it often leads to victory.

But can it work in reverse? Can simply displaying ‘successful’ body language trigger the confidence you need to help you perform at a higher level?

Extensive research has been done on body language and non-verbal communication and its impact in athletic training and sport. At the TEDGlobal Conference in 2012, social psychologist and Harvard professor Amy Cuddy discussed how body language shapes who you are. During her presentation (available at ted.com) Cuddy talks about the impact of posture and how more powerful poses can help us feel better, get better jobs and can make us more successful overall. Cuddy references her research on how power posing can increase an individual’s level of testosterone and lower his or her levels of cortisol.

For both men and women, testosterone is one of the most important hormones in the body with regards to building muscle mass, increasing energy and stamina, promoting fat loss and putting us in a more confident mood. On the other hand, high levels of cortisol can cause anxiety and promote the breakdown of muscle, bone and connective tissue—which is not good. Obviously, as athletes we want high testosterone and low cortisol levels, and this is where Cuddy’s research on body language comes into play.

Cuddy wanted to learn about how we respond to our nonverbal actions, and how they affect our thoughts, feelings and even our physiology. The question she asks is, ‘Can our bodies change our minds?’ To find out, Cuddy conducted a test involving two groups of people. One group was asked to hold a ‘power pose’ for two minutes while the other group held ‘low power poses’ for the same amount of time. After adopting the respective poses for two minutes and crosschecking against their baseline levels, Cuddy discovered that:

• The people who stood in ‘high power’ poses experienced a 20 percent increase in testosterone and a 25 percent decrease in cortisol.

Furthermore, participants’ risk taking was measured with a gambling task, and it was found that of the people who stood in ‘high power’ poses, 86 percent would gamble, compared to only 60 percent of people who adopted ‘low power’ poses. These numbers would appear to indicate that holding a power pose for just two minutes can make you more assertive, confident and less reactive to stress. If you compare this to the behavior of animals, it makes sense. When we feel powerful in certain situations, we instinctively make ourselves look bigger to reflect the power and dominance that we feel. However, when we feel weak, sad or powerless, we have a tendency to literally shrink and make ourselves smaller.

Cuddy recommends adopting a high power pose in private for two minutes before a big test or evaluative situation (like a job interview, public speech, or killer WOD) to make yourself feel less anxious and more confident. The box is obviously a social place, but if you explain that you are power posing to increase your testosterone levels before a big lift, I’m sure your fellow athletes will understand—or back away slowly. Power poses are a great tool for when we struggle with self-belief in certain movements. If you’re preparing to do a snatch thinking you can’t hit the lift with the amount of weight that’s on the bar, you probably won’t. As Cuddy states, “Our bodies change our minds, and our minds change our behavior, and our behavior changes our outcomes.” The theory is that by acting a certain way for long enough you will reach a point where you realize that you are actually capable of performing a certain task or overcoming a challenge—like hitting that intimidating weight.

Power Poses
Try these power poses next time you need a boost of confidence. Hold each pose for two minutes to reap the benefits of power posing.

•Stand in front of the barbell, box or whatever it is that feels intimidating. Put your hands on your hips, hold your head up with a broad, puffed up chest. Act like the boss you are and know that the bar will be very, very afraid.

•Stand in a victory stance, with your arms above your head in a celebratory ‘V’ shape. You can clench your fists or keep your palms open.

• Smile! Charles Garfield, former coach of the Russian Olympic Weightlifting team, noticed his athletes grimaced when they performed max effort lifts or lifted to exhaustion. He believed his athletes’ reactions were negatively impacting their performance, so he conducted an experiment to see if he could get more out of his lifters. He encouraged his athletes to smile when they got to the point of exhaustion, which oddly enough enabled them to add two to three more reps to their performance. So why does smiling seem to translate to increased performance?

When we grimace or express negative body language during a lift (or just prior to it), we tell our brains that we’re not capable of doing something; that we’re too tired or too sore to carry on—even if that’s not the case! The brain reacts to our body language ‘messages’ by releasing stress hormones (like cortisol) into our bloodstream that make the task even more challenging, thus creating a vicious circle: the more stressed you are, the more difficult the task becomes, which in turn increases your stress levels. However, when we smile and act enthused we send our brain a more positive message: “I got this. I’m going to make this lift.” As a result, your performance improves, and lo and behold, you may very well hit those extra reps or make that lift. It’s all about projecting confidence, you see.

•Use memories of past achievements when trying to hit a new PR. Use these memories to bring back the exact feeling of success and translate it to the task in front of you. By recalling an event where you were filled with confidence and eagerness (like hitting a certain weight in your snatch or finally nailing that elusive muscle-up), you’re more likely to project similar body language in the moment—and this is beneficial for the release of testosterone, not to mention giving you a mental boost before you attempt that PR!