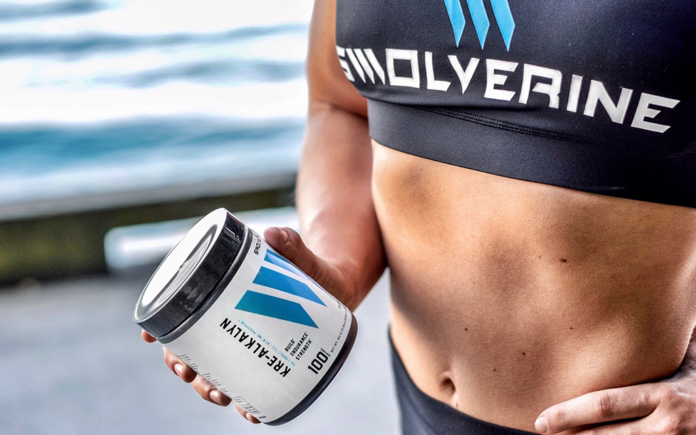 The use of nutritional supplements is well established within multiple athletic and fitness fields. For athletes seeking to gain an edge in their performance and recovery, the wide array of supplements on the market gives them plenty of options to choose from. As for myself, I’ve been supplementing with creatine monohydrate for over 10 years! Given its immense popularity and widespread use, creatine has become one of the most researched supplements in history. So what’s all the fuss about?

As for side effects, some users may experience bloating, cramping and other gastrointestinal issues when supplementing with traditional creatine monohydrate.

Today, there are several ways to supplement with creatine. The most popular, and the one I’ve been using for the last several years, is creatine monohydrate. Recently, however, I made the switch to Swolverine’s Kre-Alkalyn, formulated with KRE-ALKALYN, a patented pH corrected form of creatine phosphate. So, is KRE-ALKALYN better? The short answer is YES! For starters, many of the gastrointestinal side effects traditionally seen with creatine monohydrate are a non issue with KRE-ALKALYN. (As a disclaimer, I’ve never experienced any gastrointestinal issues with monohydrate, but know enough people who have to know that it is an issue). Kre-Alkalyn is a buffered or pH-correct form of creatine, which is considered to be more stable in the stomach and is not degraded to creatinine, which subsequently leads to greater bioavailability. This is one of the reasons you only need 1.5 grams of KRE-ALKALYN for every 10-15g of regular monohydrate.

Where Swolverine’s Kre-Alkalyn shines is its ability to improve VO2 Max and in turn, endurance and exercise performance. Recent studies have shown that while there is not much difference between creatine monohydrate and KRE-ALKALYN in their ability to increase muscle mass and strength, there is a notable difference in KRE-ALKALYN’s ability to improve VO2 Max. Other notable differences were that Kre-Alkalyn actually lowered cholesterol and triglyceride levels over creatine.

Final Thought
I’ve been a loyal user of creatine monohydrate for years. After about six weeks taking Swolverine’s Kre-Alkalyn, I can confidently say I’m switching to KRE-ALKALYN creatine; Unlike monohydrate, there is no loading phase, the doses are smaller, and its ability to improve performance is greater – SOLD!