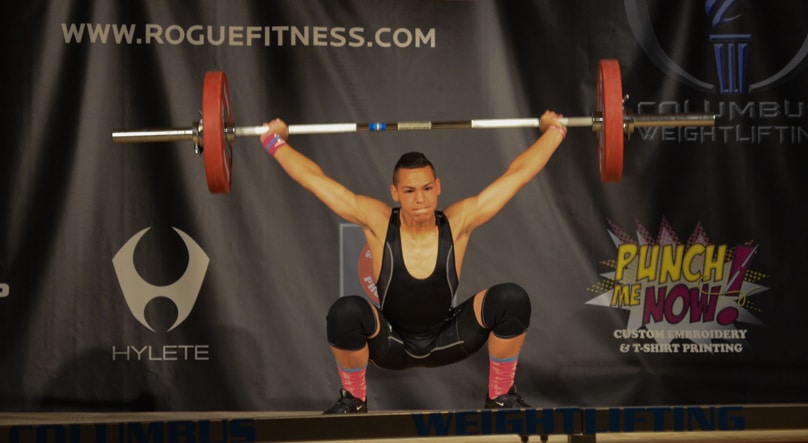 There is a long-running debate on the topic of when kids should take up strength training—specifically, weightlifting. Articles and opinions have varied on the subject, and for a long time the general consensus was “it’s not safe for kids to lift weights.” However, more recent research is starting to show that that’s not the case. In fact, a growing body of scientific reports and other evidence has shown that weightlifting can be both safe AND beneficial to young athletes.

Why did/does weightlifting for kids get a bad rap?
For years, the general consensus, both in the scientific community and amongst the general population, has been that weightlifting is bad for kids. Many believe(d) that weight training was dangerous and would damage kids’ growth plates and stunt their growth.

So what exactly are are growth plates, and why are they a cause for concern? Also known as the epiphyseal plate or physis, a growth plate is an area of developing tissue found towards the ends of long bones in children and teens. As Jeff Martin and Cyndi Rodi write in Kids and Weightlifting: Dispelling the Myths, “growth plates are weaker than the tendons and ligaments that connect bones to one another, making them susceptible to damage and other complications. If a growth plate does get shattered or crushed through a severe impact to a joint (or other injury that disrupts blood flow to the end of the bone), it increases the likelihood that there will be some abnormal growth in the affected limb.”

Based on this information, people were concerned that if kids began weightlifting they would cause trauma to their joints through the strain of lifting heavy weights, resulting in damaged growth plates. This ‘fear’ was amplified in 1983 when the American Academy of Pediatrics (AAP) released a policy statement that advised against weightlifting for preadolescents due to its “high injury rate.” And in 1990 the AAP published another paper, which stated that “Unless good data becomes available that demonstrate safety, children and adolescents should avoid the practice of weightlifting, powerlifting, and bodybuilding…”

Since this was the kind of thing you could expect to hear from the medical and fitness communities, it’s no wonder people believed (& continue to believe)… the dangers of early-age weightlifting.

Thankfully, more up-to-date research is starting to prove the opposite.

New research has major impact
You can now go online and find multiple scholarly reviews and journalistic articles that rave about the benefits of weightlifting for children—if performed under the right conditions. For example, Avery Faigenbaum, a pediatric exercise scientist and professor at the College of New Jersey in Ewing, N.J, has written numerous scientific studies on the subject. In one such study, published in Clinical Sports Medicine in 2000, Faigenbaum writes the following:

“If appropriate training guidelines are followed, regular participation in a youth strength-training program has the potential to increase bone mineral density, improve motor performance skills, enhance sports performance, and better prepare young athletes for the demands of practice and competition.”

In a more recent interview with the LA Times, Faigenbaum explains how the medical and fitness communities are doing “a 180-degree turn on this myth. We now actually encourage children to engage in strength training to increase bone, tendon and ligament strength, all of which serve to improve sports performance and reduce risk of injury.”

Ironically enough, Faigenbaum’s comments are supported by the American Academy of Pediatrics—that’s right, the same organization that released a statement in 1983 denouncing weightlifting for children. In 2008, after considering the new research showing the benefits of weightlifting for kids, the AAP revised its policy statement. Then, in 2010, the AAP published its own review, in which researchers with the Institute of Training Science and Sports Informatics in Cologne, Germany, analyzed 60 years’ worth of studies of children and weightlifting. The studies covered boys and girls from age 6 to 18. The researchers found that almost every child grew stronger from weight training, and even though older kids added more strength than younger ones, the difference wasn’t that great. This is a curious find, when you consider that boys going through puberty have high levels of testosterone—a hormone that increases muscle mass in adults. What was a greater determinant of whether a child developed significant strength gains was how often they trained. As a result, the researchers concluded,“regardless of maturational age, children generally seem to be capable of increasing muscular strength.”

Kids vs. Adults
But what’s interesting is that though kids can get stronger through weight training, they don’t display it in the same way as adults. When adults start weightlifting they begin to add muscle mass through a process called muscular hypertrophy. Youths don’t tend to pack on bulk the same way, which is one reason why people presumed that kids wouldn’t get any stronger from weightlifting. However, the increase in strength appears to be the result of neuromuscular activation, especially in the case of pre-pubescent children. What this essentially means is that children who weight train develop a significant increase in motor-unit activation within their muscles. A motor unit is made up of a single neuron, and groups of motor units work together to coordinate the contractions of a single muscle. When more motor units fire, a muscle contracts more efficiently. So, in other words, strength training for children helps to create a more powerful connection between their nervous system and their muscles.

Implementing weightlifting for kids
Even with all the benefits that weightlifting can have on a child’s development, there is still caution as to what weights kids can handle at different ages. It’s not simply a case of using a scaled version of the weight training program that adults undergo. For example, CrossFit Kids has a policy of utilizing “body weight exercises and free weights to build strength, improve muscle tone and enhance performance. We do not endorse max effort lifts for kids. We believe in using the smallest stimulus possible to achieve the training effect desired, whether young or old. Due to their still developing neuromuscular systems, kids receive a training effect from sub maximal efforts.”

Faigenbaum and other researchers have also said that a great weighttraining program for kids can simply involve bodyweight exercises, especially for children under 8, or those at any age who are just starting a strength training program. This type of training can help the body become accustomed to the stresses of resistance work and help to teach technique. Once this foundation has been put down, light weight training can be introduced. According to Disa Hatfield of the International Sports Science Association, the AAP suggests that kids avoid repetitive maximal lifts until they have reached Tanner Stage 5 of developmental maturity. “Tanner Stage 5 is the level in which visible secondary sex characteristics have been developed. Usually, in this stage adolescents will also have passed their period of maximal velocity of height growth,” Hatfield writes.

This recommendation would appear to be in line with the age groups that the International Weightlifting Federation (IWF) has for its activities:

So, according to the IWF, a 15-year-old is suitable to participate against seniors internationally in open competition, where one would assume they are moving some serious weight.

Weightlifting for kids is still a topic that makes a lot of people uncomfortable, but if they took the time to look at the research and see junior lifters participate in weightlifting meets, they’d realize that it can be incredibly beneficial for their growth and maturation into young adults. Perhaps more parents would then let their kids get into weightlifting, and the talent pool for USA Weightlifting would increase exponentially as a result.