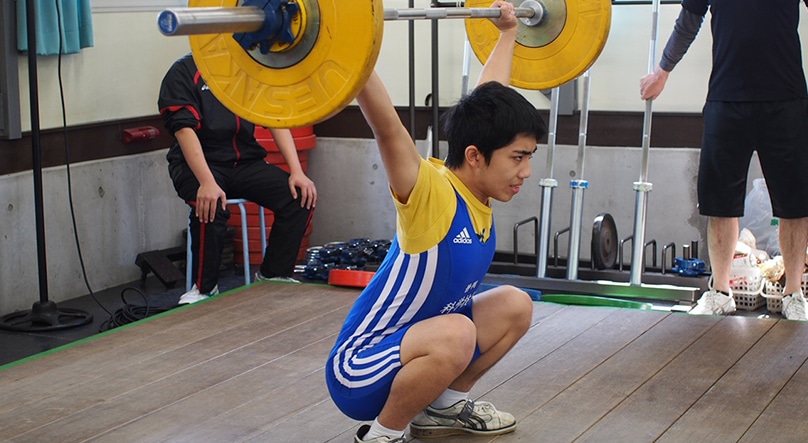 There are countless tools and variations that an athlete can apply to a traditional squat to help improve their power, efficiency and technique, translating to better numbers not just in the squat—but a host of other movements as well, inside and out of the gym. From box squats to using chains and bands, there are multiple options to choose from. One of the most straightforward yet effective training techniques is the pause squat.

It has been argued that pause squats have several benefits that make them as good as, or even superior to, regular squats. During a pause squat, an athlete comes to complete stop at the bottom of the movement, holds the position for however long is dictated, then explodes out of the hole. This is quite literally how you perform the movement. You would perform whatever type of squat (overhead, front, back, dumbbell, kettlebell, etc.) as you normally would, keeping good form throughout knowing that you must come to a complete stop at the bottom position, below parallel. At this point you, can play around with the time you hold the weight, from 1,3,5 or 7 seconds, but it is important that you use a lighter weight than you normally would for that squat as it’s much harder to come out of the hole from a stationary position than it is from one fluid motion. When holding the pause, it’s paramount that you remain tight in the hole. This will require concentration and practice. Getting loose in the hole can lead to lower back rounding and falling forward during the concentric aspect of the squat.

What are the benefits of pause squatting?
1. They build horsepower out of the hole
Stopping the squat at the bottom significantly reduces the amount of stress placed on the lower back, but causes the legs to have to work much harder to push back to the starting position. This is because a pause gives the legs greater time under tension, and increases muscular recruitment. As the fast twitch fibres continue to fatigue during the pause, slow twitch fibres (and muscles) are recruited in order to help stabilize the body in that position. The more you perform pause squats, the more the body and brain gets used to recruiting slow twitch muscle fibres and builds the strength of the supporting muscles in the lower back, hips and abs, which bodes well for your overall squat numbers and strength in other movements. Furthermore, because holding a pause dissipates the stretch reflex (that ‘bounce’ you feel when you drop down and explode up rapidly on a squat) and fatigues the muscles more prior to the concentric portion of the lift. Combining these things all together results in greater muscular strength and more POWER from having to drive out of the hole.

2. They help your other lifts
Olympic lifting requires you to drop lower and lower to get yourself under the bar more quickly as the weight gets heavier. This can be a very uncomfortable position, where at times you feel pinned by the weight and simply can’t stand up, as you are not used to having to support the barbell at such a low position for an extended period of time. Pause squats to the rescue! Pause squats force you to hold a deep position for a few seconds, which replicates the sensation you would feel in the hole during a clean or snatch. As you progressively increase the weight you use for pause squatting, you should feel more comfortable in driving out of the hole in your Olympic lifts. In addition, since pause squats force you to drive upwards from a bent-knee position, expect to see your deadlift numbers go up as well.

3. It’s a different variable that can be trained.
In training there are few things more important than constantly progressing and overloading. This is often done through changing the weight, set and rep counts, footwear, equipment (chains and belts) and tempo in order to keep your body guessing and help you progress. Pausing is one such variable that contributes to making you a better lifter.

4. They help your athletic performance and movement in daily life.
How many sports require you to suddenly explode out of a bent-knee position? Football players at the line, sprinters, basketball players in a defensive stance, baseball players at the plate, and so on. As I mentioned above, pause squats train your strength and ability to come out of the hole, which is a bent-knee position. Getting better at this will translate to your explosive abilities within sports. And because the squat is such a core movement of everyday life (core stability, getting out of a chair, picking something up off of the ground), becoming proficient at the pause variation will certainly help the way you move outside of the box.

To give pause squats a go, try this 3-week variation: