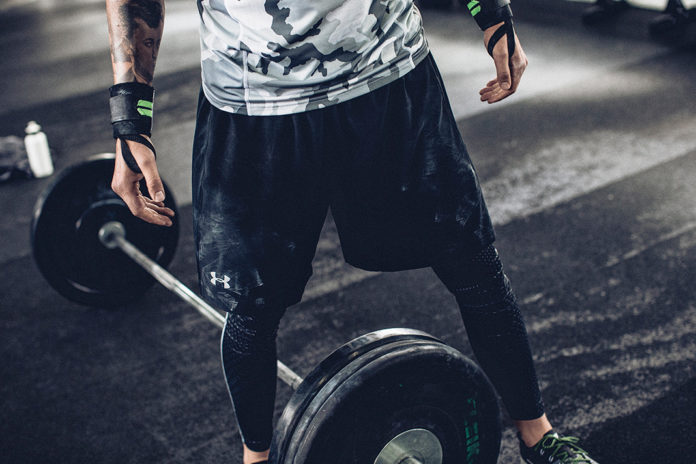 Strength is one of the most sought after components of fitness. The idea of moving heavy weight in a workout—not to mention the aesthetic benefits that getting stronger can have on the body is highly appealing. For want of a better word, getting stronger is sexy. It’s a vital component of the vast majority of CrossFit workouts, and we spend a lot of time working to become stronger athletes every week. But on occasion, our strength stalls. The PRs stop coming and the numbers aren’t moving in the right direction. What the hell is going on? Well, there are several things that could be going on.

1Your mechanics are broken

There are many ways in which your movement patterns and technique can break down: bad posture, poor form, improper weight selection, bad coaching (though I hope that’s not the case) are all possibilities. At first, you may be able to literally ‘muscle’ through a movement and build some initial strength, but there’s no way you’re ever going to be able to move as much weight overhead when you consistently hyperextend your lower back instead of tightening your core and keeping a neutral spine (just one example). This can also lead to other musculoskeletal issues and a high risk of injury, which means that you’d actually be regressing in your overall strength, not growing it. The fix sounds straightforward but requires consistent work. First and foremost, check your ego and lower the weight on the bar so that you can perform the movement efficiently—surprisingly enough, learning how to move the barbell properly will allow you to put more weight on it over time. Spend time working on your mobility and enlist the help of your coach as frequently as possible so that the proper mechanics of the lift are engrained in your mind. Once these foundations are locked in, you can start to progressively add more weight, eventually blowing past your previous PR. The perfect example of this is the clean. A lot of athletes struggle with getting under the bar (due to poor flexibility, technique, or fear—or all of them), so they power clean it instead. Unfortunately, there’s going to come a time where they simply can’t power up the weight that’s on the bar. It’s at this point they’ll have wished they learned how to perform the clean as it was intended, so they’ll have to go back to the drawing board while the athlete who took their time to learn the particulars of the lift surpasses them.

2You’re only doing what’s fun, not what you need

Every athlete has a favorite lift, and they’ll never miss a class when it’s programmed into the day’s WOD. But by that same logic, everyone also has a lift that they despise and/or they’re weak at, and avoid it like the plague. Well, you can’t avoid the truth. Being good in one or two lifts is only going to take your strength so far. Your split jerk is nothing without your push press, it’s going to be difficult to get out of a heavy clean if your front squat is weak, and so on and so forth. These lifts are more closely linked than you may think, and each builds strength in different areas of your musculature that you’ll need in order to break through a plateau. Of course, no one enjoys performing a movement they suck at, but that’s why practice, mobility, technique, and accessory lifts are so important.

There is an infinite myriad of accessory lifts that you could work into your training to not only help improve your big lifts (squats, jerks, etc.), but also beef up your smaller synergists—your helper muscles—resulting in bigger strength gains overall. For example, the GHD raise is an excellent way to increase muscle mass and strength in the back and the posterior chain, which will come in handy for any exercise that requires squatting and/or jumping. The behind-the-neck military press targets a specific group of your shoulder muscles (the middle deltoids) because your elbows move out to the side in the movement, rather than straight out in front of you as is done in a regular press. That means you’ll be providing an extra boost to your shoulder and lat (short for latissimus dorsi, a major muscle of the back) strength, which is important for any overhead work as well as gymnastic skills such as muscle-ups, pull-ups, and handstand push-ups. So if you’re still struggling with increasing your strength, consider spending more time working on your accessory lifts.

4You’re not giving yourself time to recover

When you perform resistance training, your muscles undergo microscopic trauma—the fibers of the muscles tear as you move weight. When you stop working out, the fibers begin to repair themselves and the body adds more tissue to the muscle so that the risk of repeat damage is reduced. This is how your muscles grow and become stronger, but is also why progressive overload is essential to continued improvement, as the body adapts and becomes more resistant to stress. However, for all this to work effectively you need to allow time for the body to repair itself. This is where things like proper nutrition, sleep, mobility, and active recovery (to ease the effects of delayed onset muscle soreness (DOMS) which is a side effect of muscle fiber damage) come into play. These are vital elements of your recovery—and therefore your strength development—that can’t be overlooked. If you want to get stronger, put your body in the best position to be able to.

5You’re not focusing enough on your mobility

We already know how important good mechanics are to being able to move weight efficiently—the better you can move your body around the bar (or with the bar), the more weight you’ll be able to lift. The problem is people forget that our flexibility and mechanics are intrinsically linked. The overhead squat requires good mobility in the shoulders, wrists, hips, and ankles. If you’re lacking in any one of these areas, you’ll have a ceiling as to how much weight you can lift—if you can perform the movement in the first place. So then, it is imperative—IMPERATIVE—that you dedicate time to increasing your mobility and learning how to move your body effectively EVERY DAY. Sam Dancer, who deadlifted 655lbs at the Games last year, once spent three hours working on his mobility every day—for three months. You get the idea.

6You aren’t placing an emphasis on strength

CrossFit is all about being skilled across multiple areas of fitness (speed, coordination, flexibility, etc). The aim is to be a balanced athlete, but sometimes people will naturally drift towards improving certain skills at the expense of others, either intentionally or unintentionally. Now, there’s nothing wrong with wanting to become a more mobile athlete if you can’t put yourself in the correct positions to move heavy weight (as explained above). But if you’re spending the majority of your time working on your flexibility without actually moving heavy loads, your strength will stagnate. The same goes for people who want to improve their cardiovascular endurance. Yep, there is a thing as too much running, rowing, and double-unders. While your engine may be improving, your muscles aren’t being put under (heavy) stress and they aren’t moving heavy loads; which means your muscle fibers aren’t undergoing micro-trauma and repairing themselves as they should be. Of course, the flipside to this argument is that if you spend too much time working on your strength you’ll decline in other areas. So the name of the game is balance—which can be tricky, especially for newbies. But if you know that you have a serious imbalance in your fitness and your strength is limiting you, speak to your coach and develop a plan to provide more focus on improving it without neglecting other areas.

I have a good friend at my box that’s a strong lifter, but he could be even stronger. His problem? He’s scared of failing a lift. Part of it is his discomfort with bailing when he can’t get out of the hole in a squat, the other half is his head telling him that he won’t be able to stand the weight up. Those are two powerful factors that are limiting his development, and I daresay a lot of other people’s development too. How can you ever grow in strength if you’re too scared to put intimidating weight on the bar? You might actually lift that weight if you had the confidence to try, but the thought of failure means that you’re always going to be lifting 10, 20lbs less than you should. I understand that for many athletes the idea of hitting the deck after a failed lift is a scary and embarrassing prospect.  But no one is going to judge you for trying to hit a lift and failing, it’s a sign that you are stepping out of your comfort zone and pushing yourself to find new limits in the hope of becoming a better athlete—especially if you keep trying and trying. A great way to develop your confidence is by learning how to bail effectively with light weight. Once you’re confident that you can drop the bar safely, you can tackle those more intimidating weights with more bravado. You shouldn’t be fearful of not making the lift—you should be more concerned as to why you are afraid in the first place. When you find the root of the problem (be it bailing, feeling embarrassed, or lack of technique), then you know what to work on.

Part of the process of increasing your volume, adding poundage, and letting your body recover is adding more fuel to your system. When you have an intense workout session your metabolism is increased for hours after you leave the box, so you need to provide your body with the proteins, carbs, and fats it needs in order for your muscles to repair themselves and grow stronger. If you don’t, then your body will start burning both your fat and your existing muscle tissue, which obviously isn’t very good. Michele Letendre, who finished 4th at the Games in 2014, has six meals a day. She also trains twice a day, but the point is that you need to eat in accordance with your goals. If you’re having trouble breaking through a plateau in your strength, consider adjusting your diet to allow your body to handle heavier loads.