The Short WOD vs the Long WOD: Is There a Winner? 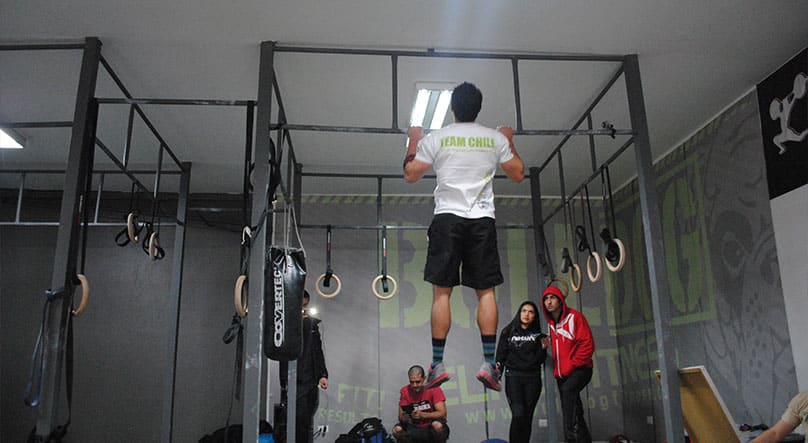 The majority of CrossFit workouts we see are typically performed at high intensity, but for a short duration (sub-15 minutes). One need only look at the 5 workouts from this year’s Open to see that that’s the case. The reason why these short workouts and sprint chippers are so common in CrossFit programming is because they produce favorable responses to our fitness.

The words of Glassman would seem to suggest that aerobic activity—that is to say longer workouts—are not as important to improving one’s fitness as shorter, higher intensity activity. But is that really the case, or should we place equal value on both workout formats?

The argument for short-duration workouts
There are three elements that will always be present in a CrossFit workout:
-Force (The weight or load you will be moving)
-Distance (The distance you will be moving said weight, or the amount of times you will move it)
-Time (How quickly you can move the load)

Now, these elements will vary depending on the type of workout that is prescribed, but they can always be combined to form a calculation that determines the power of the physical work done during the workout. This calculation is as follows:

However, the amount of power one produces during a workout is intimately linked to the intensity with which an athlete performs the work. In other words, if you aren’t working at high intensity during any kind of workout, then your power output is always going to be low.

So why is this important? Because shorter duration workouts typically produce a higher power output than their longer counterparts. The benchmark WOD Grace (30 clean and jerks for time at 135/95lbs) is a perfect example of this. And with higher power output comes a host of physical and mental health benefits.

To begin with, anaerobic-type workouts allow us to exert much higher force than we ever could in a longer workout. And as any good coach will tell you, in order to become visibly and physically stronger, you need to be moving heavy weight. Doing so will place the fibers of our muscles under considerable stress (much more than in long-duration workouts), causing them to break down. Following the workout, your body will attempt to recover by increasing protein synthesis to rebuild muscle tissue. When the muscle tissue is rebuilt, the fibers are made stronger and bigger, thus increasing the size of the muscle itself.

As you get stronger, you’ll be able to move heavy loads at great speed (think of a 1-rep-max clean and jerk or snatch)—which means that you’ll become a more powerful athlete as well. Moreover, the mental satisfaction of watching bumper plate after bumper plate get stacked upon a barbell—and then moving said barbell—is worth its weight in CrossFit gold.

In addition to an increase in muscle mass, strength, and power, shorter high-intensity workouts produce a neuroendocrine response (interactions between the nervous system and the endocrine system) that releases endorphins, growth hormones (such as HGH and testosterone), increases bone density, limits the production of the stress hormone cortisol and reduces body fat. Take sprinting as an example. A 100m, 200m or 400m sprinter is a physical specimen, without a shred of unnecessary fat on their body. This is because high-intensity work like sprinting promotes fat loss while gaining muscle and bone density. According to a 2013 study published in the Journal of Applied Physiology, Nutrition and Metabolism, a single sprint session can increase post-exercise fat oxidation by 75%. What this means is that after a bout of sprinting, your body’s metabolism increases to recover the lack of oxygen and to return to its resting state. In 1994, Dr. Angelo Tremblay, an exercise physiologist at Laval University in Quebec, Canada, conducted a study on EPOC with two groups of people. One group did high-intensity exercise at several intervals, while the second group did steady-pace aerobics. The first group burned three times more body fat than the second group.

In fact, high-intensity interval training (HIIT)—which mixes bouts of work and rest in timed intervals (i.e. Tabata)—has been shown to be more effective at improving cardiovascular health (heart health) than continuous moderate activity, and can be equal to aerobic activity when it comes to developing cardiovascular endurance. As Jane Brody writes in the New York Times, HIIT causes your heart to beat rapidly, thereby strengthening your cardiac muscles and improving blood circulation. “By making blood vessels better able to expand, HIIT can improve the cardiovascular system’s ability to respond to added exertion. Oxygen-carrying blood can flow more smoothly through arteries that are wide open, which also reduces the risk of a vessel-blocking clot.”

But how can high-intensity training be so beneficial in improving an athlete’s endurance capabilities? This is due to a number of reasons. Firstly, it requires the body to use energy more efficiently by increasing the amount of glycogen (a type of sugar that gives you energy) that can be stored in the muscle. It also trains the body to burn fat for fuel, preserving muscle glycogen and prolonging work capacity. Furthermore, high-intensity training plays an important role in improving a muscle’s capacity to pump potassium back inside muscle cells during exercise, which helps all athletes run or cycle faster in competition, even in endurance events such as marathons and multi-day bicycle races. This is because potassium is responsible for regulating total body water and stabilizing controlled and automatic muscle contractions.

Lastly, short, high-intensity training has been shown to be more enjoyable than prolonged exercise. It might not seem that way when you’re in the round of 15 in ‘Fran’, but the appeal is that athletes can reap huge benefits from a relatively low volume of work in very little time. In addition, the short, sprint-like nature of these workouts keeps things exciting and encourages athletes to come back for more. Long aerobic workouts (such as the half-marathon row at the 2013 CrossFit Games) can be mundane, as you’re looking at nothing but the screen on the erg or the road in front of you for what feels like an eternity. Compare that with the sensation of quickly jumping from a barbell to a pull-up rig and a quick 400m run. It’s just more fun.

So is there any value in performing long-duration workouts?
Yes, of course there is! Just not with the same frequency as shorter ones. The reason why has to do with intensity. Remember that equation?

With the knowledge that intensity relates to the amount of work that can be done within a specific time frame (heavier loads, higher speeds), if one was to increase the time component of a workout dramatically, there would be a corresponding drop in intensity. Now, as Glassman states, “aerobic conditioning allows us to engage in low power extended efforts efficiently (cardio/respiratory endurance and stamina).” The value of this type of training is that it improves our cardiovascular function and decreases body fat. One need only look at pictures of elite marathon runners to see that they have hardly any fat on their body—much like the sprinter. But therein lies an issue. “Athletes engaged in sports or training where a preponderance of the training load is spent in aerobic efforts witness decreases in muscle mass, strength, speed, and power.”

In other words, those athletes who prioritize endurance/aerobic workouts over high-intensity/anaerobic ones will start to see physical decreases in the size of their muscles, as well as rapid decreases in the amount of weight they move—and how quickly they can move it.

With that being said, we as CrossFitters are seeking to establish a high level of fitness across broad time and modal domains. If we need to, we can perform Fran at peak intensity then run 5 miles the very next day. Both aerobic and anaerobic work is tested at the CrossFit Games each year. In 2014, the very first event of the CrossFit Games was ‘The Beach’:
For time:
Swim 250 yards
50 kettlebell thrusters  (35 / 24 lb.)
30 burpees
Swim 500 yards
30 burpees
50 kettlebell thrusters  (35 / 24 lb.)
Swim 250 yards

Later that afternoon, athletes had three attempts each to establish a 1-rep-max overhead squat.

Certain athletes will always excel in one type of workout (high intensity vs. endurance work), but in this sport we aren’t looking to find specialists—we want to seek out the generalist, athletes that can maintain a high level of fitness in both realms.

With that being said, you should tailor your training to find a balance between the two. If you can move absurd weight quickly but struggle to complete a 1-mile run in less than 15 minutes, there is an obvious discrepancy in your fitness. Similarly, if you can blitz through Murph (For time: 1 mile Run, 100 Pull-ups, 200 Push-ups, 300 Squats, 1 mile Run) with the greatest of ease but can barely back squat your own body weight, there’s a problem. Either of these two athletes should look to increase the type of training that would cater to building their capacity in the areas they lack.

However, for newer athletes coming into CrossFit, intensity always comes after they have established solid mechanics with their movements and can perform them with consistency. With that being the case, the volume of their work should begin at a high level (with low force), thus creating a low power (intensity) output. With time, and the establishment of proper consistency in their movement, they can add intensity. And as Glassman says, we should always be impressed by intensity, not volume.