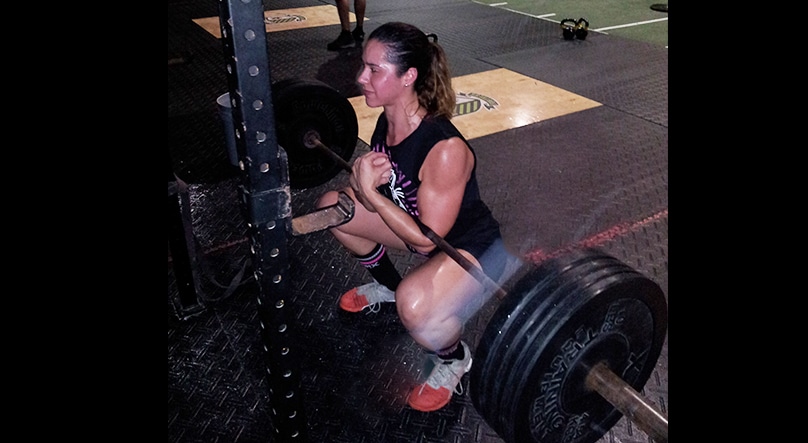 The squat is one of the most popular exercises in the world of fitness, loved by powerlifters, bodybuilders, Olympians and CrossFitters alike. In fact, the squat is often referred to as “the king of all exercises”, famed for its ability to build an athlete’s strength and power, along with numerous other benefits. There are multiple variations of the squat, including the back squat, front squat and overhead squat—not to mention pause squats, box squats, squatting with bands and chains and many more. But what about the Zercher squat? That’s right, the Zercher squat. It’s not a disease or an abnormal movement from Cold War Russia, but actually one of the most underrated yet effective exercises that can take an athlete’s power and muscular development to the next level. Louie Simmons, legendary powerlifter, strength coach and owner of Westside Barbell has this to say on the benefits of the Zercher squat:

Origins
The Zercher squat is named after its creator Ed Zercher, a strongman and power lifter from the 1930s. Apparently Zercher’s home gym resembled a junkyard more than a workout area, and was filled with toys such as anvils, wrecking balls and other assorted pieces of machinery. One can imagine the old-time lifter experimenting with different movements before creating the Zercher squat.

Technique
1. You have two options to start the movement. The first is to place a loaded barbell on the ground, and deadlift it to a point a little above the knee. Aim for the lower quad muscles rather than your kneecaps. At this point you can slowly squat down, balancing the bar on your lower thighs as you slide your arms under the bar until it reaches your elbows(this may be quite uncomfortable, so place a towel or tshirt in the underside of your elbows to ease the discomfort). The second option is to place the bar in a squat rack positioned at waist height, then squat down and position the bar in the crook of your inner elbows.

2. Make sure the elbows are about shoulder width apart and your knuckles face the ceiling.

3. Clasp one of your fists with the opposite hand—this will help stop the bar rolling out of your forearms.

4. Keep the bar tight against your body. Position your feet a few inches wider than shoulder width apart and with your toes slightly turned out.

5. At this bottom position, your elbows should be in contact with your thighs, with your fists still pointing at the roof. Drive up by squeezing the glutes and pressing through the heels. Remember to force your knees outwards as you drive upwards.

6. To reverse the movement, simply squat down again. As usual, the mechanics of the actual squat from the hip don’t differ. Initiate the movement by bringing your hips back, and make sure that throughout the descent your knuckles stay pointed at the roof.

7. Keep in mind that the further away you bring your elbows from your body as you descend, the more torque you’ll place on your lower back (and the more abdominal activity you’ll stimulate).

Note: Make sure to foam roll the hips and IT band for this exercise, and be sure to point the toes out 20 to 30 degrees when performing the lift. This will open up the hip flexors and prevent them from cutting your hamstrings’ range of motion short.

Benefits
As Louie Simmons states, the Zercher squat is a great exercise for squatting mechanics, especially for beginners. It reinforces a hip dominant action, forces an athlete to maintain an upright posture throughout the movement and allows for a deeper squat then the majority of people can achieve in the more traditional squats. By taking the barbell (thus the load) off the back the Zercher squat all but eliminates the compressive forces acting on the spine. It’s a great exercise to substitute in for the back squat on de-loading weeks/cycles to allow your spine some time to recover. Furthermore, the mechanics of the movement mean that the core is being forced to work overtime. Since the weight is loaded anteriorly (towards the front), you are forced to maintain a more upright posture, thus placing greater emphasis on the anterior stabilizers—such as the abs. Zercher’s place far greater levels of activity in the posterior chain than the more traditional front and back squat, making it a brilliant developer of the glutes and hamstrings.

Finally, the Zercher squat has tremendous carryover to strongman movements such as the Africa Stone Carry, the Atlas Stone event and the Yoke Carry. But its benefits aren’t confined to the gym. Zercher squats can also be used to improve the overall performance of real-world activities required by people such as firefighters, laborers and anyone else who requires overall fitness and physical preparedness—essentially, every CrossFitter out there.