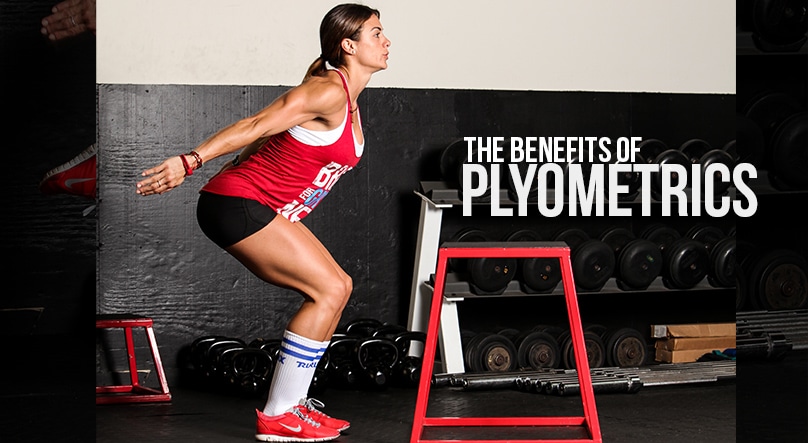 The primary goals of all strength training methods are to help an individual jump higher or further, run faster, throw further and/or lift heavier. To achieve these aims the most important quality an athlete needs is power. One of the most effective means of training for power is through plyometrics.

A brief history of plyometrics
Plyometrics comes from the Greek word “pleythyein” (to augment or increase). The practice of plyometrics as a training method originated in the former Soviet Union in the 1970’s, and was developed by Dr. Yuri Verkhoshansky, known as the “father of plyometrics”. However, the good doctor didn’t refer to it as such, instead calling it the ‘shock method’. During the 1970’s Soviet Bloc countries dominated the Olympics and other athletic competitions, thanks in large part to Dr. Verkhoshansky’s exercises. This grabbed the attention of an American track and field coach named Fred Wilt, who decided to investigate how the Soviets were training. After observing their methods, Wilt returned to the US, and in 1975 he coined the term ‘plyometrics’ and immediately began implementing the training method with his athletes. Since then, sports teams across the U.S. and the world have incorporated plyometrics into their training regimens to help their athletes become faster and more explosive.

What is plyometric training?
Unlike typical strength training exercises that involve long, slow movements designed to increase muscular strength and mass, plyometric training consists of quick, explosive movements designed to increase speed and power. This can be achieved through performing multiple exercises that focus on training our bodies and brains to activate more muscle fibers, more quickly, in order to increase the efficiency and speed of our muscle contractions. Doing so will ultimately increase our power. To dive into this a little further, we need to cover something called the stretch-shortening cycle (SSC), which is the basis of all plyometric exercises.

The stretch shortening cycle can be explained as such (taken from Elite Athletic Performance):
“In most dynamic movements the muscle is first stretched (eccentrically) before it contracts (concentrically). For example, if you do a dip before a vertical jump, your center of mass will be lowered quickly and in so doing your muscles will be stretched. Any muscle that is stretched prior to a concentric contraction will always contract with more speed and force. This eccentric-concentric coupling is referred to as the SSC, and together it produces a more powerful contraction than that which would result from a purely concentric action alone.”

Plyometric training focuses on increasing muscular power and explosiveness through exercises designed to make the stretch-shortening cycle happen as quickly as possible. So what are the benefits an athlete can expect to achieve from training in such a way?

Increases the strength of tendons, which means fewer injuries
In order to assist your muscle fibers in producing power, you need to increase the strength of your tendons. Furthermore, stronger tendons mean fewer injuries. Plyometrics strengthen the tendons and improve their elasticity by placing stress on them in a controlled setting. There are numerous studies that support the use of plyometric and dynamic stabilization/balance exercises in neuromuscular training to alter movement biomechanics and reduce ACL injury risk.

Develops your abilities in other exercises and sports
With great power, comes great…performance. All the previous benefits of plyometric training listed above has made it an attractive addition to many an athlete’s training program—especially for those whose sports require explosive movements. A perfect example is Olympic Weightlifting. A sport that requires an athlete to move heavy weight quickly in a short period of time, placing enormous strain on tendons and requiring a huge amount of power from their muscles—what could be more suitable for plyometric training? Exercises like depth jumps and vertical jumps are biomechanically similar to weightlifting movements, in so far as they are bilateral (double legged), recruit the same major muscles and joints, have similar range of motion at the active joints and similar timings of muscular activation.  Crucially, plyometrics can help to decrease the time it takes for a lifter to reach maximum force and improve their power output.

In addition, a study in the Journal of Strength & Conditioning Research found that a combination of squat and plyometric training provided a significant increase to hip and thigh power production, resulting in a greater increase to vertical jumping ability than could be achieved from training solely with one program or the other. Hmmm, hip and thigh power production, I wonder where that could come in handy? Basketball, football, soccer, rugby, sprinting, volleyball, CrossFit…even golf! And as it turns out, plyometric training may be useful in endurance events as well. A study in the European Journal of Applied Physiology found that a group of male runners who completed six weeks of plyometric training significantly reduced lower leg stiffness, resulting in improved running economy over 3 kilometers.

So hopefully by now you’ve been convinced of the great value that plyometrics can have in your performance in athletics, and your physical health. As such, you should start incorporating plyometric exercises into your CrossFit routine as soon as possible!

Plyometric exercises
Depth Jumps: This exercise uses gravity and an athlete’s weight to increase exercise intensity. Assume a standing position on a box, step or hop off, land, and immediately jump vertically, horizontally, or on to another box. Depth jumps can be performed with one or both legs. The height of the box is dependent on the athlete and his or her goals. Furthermore, one should ensure that the surface they are landing on is suitable for absorbing impact so as not to risk any shock injuries. As the athlete becomes stronger, the height of the destination box can grow, as demonstrated in this training video of NBA player Dwyane Wade executing several depth jumps.

Squat Jumps: Stand with your feet shoulder width apart. Squat down and jump as high as possible. Upon landing, squat and immediately jump up again.

Tuck Jumps: Stand with your feet shoulder width apart. Explode and jump as high as you can, bringing your knees into your chest. As you descend, straighten your legs and land softly on the balls of your feet. As soon as your feet touch the ground, repeat the sequence.

Alternate Leg Bounding: Bounding is similar to a running motion, except your stride is longer and higher—almost as if you are performing a triple jump. Drive off your dominant foot and bring your opposing knee up. Try to stay in the air as long as possible. Land and switch feet as you would normally do when running.

Plyometric Push-Up: Assume a normal push-up position. Lower yourself to the floor. With explosive force, push off the floor so that your hands leave the floor. Repeat.

There are countless other exercises and specific plyometric exercises that you can implement into your training routine, and given that most of them don’t require any equipment, you can perform them at any time (as long as you have a suitable landing surface—tarmac is not great for shock absorption).

You can implement plyometric training into your regular routine immediately. Arrive at the box a little early, and warm up by jumping rope for several minutes, combined with the normal stretching you would do before any class. You can then perform 3-5 sets of multiple repetitions for any of the exercises listed above, or that you find from your own research. You should repeat this process (minus the warming up) after class has started and you’re about to launch into your strength work, or even the WOD. Cut down the sets and reps as needed so as not to exhaust yourself, but doing some plyometric work help to prep the muscles and continue to develop the SSC, which will translate to your performance in explosive movements.