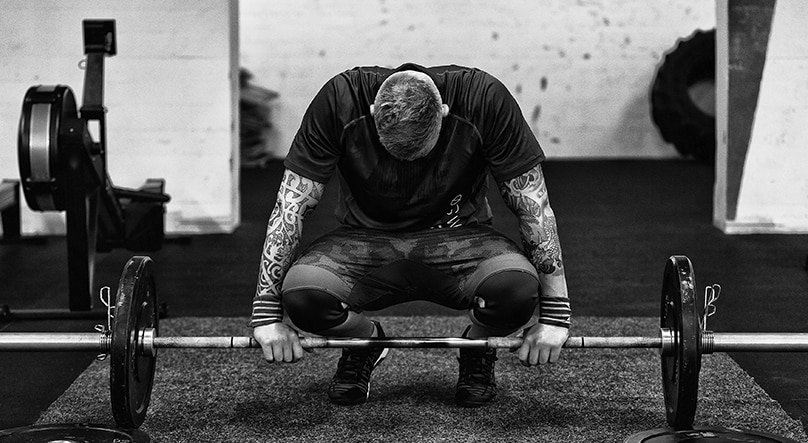 It’s a common sight in multiple sport and fitness arenas. Athletes will shake out their limbs prior to, during or following a play or a lift. I’m sure you’ve done it yourself on many an occasion. If your legs start to feel sore after repeated squats, you’ll take a moment to shake them out, with the hope that it will relieve some of the tightness in your muscles and stave off fatigue so you can crank out a few more reps. At least, that’s the theory. We’re not quite sure where or when the ‘muscle shake-out’ started, but all of us who have been involved in athletics have done it at some point or another. Perhaps it’s just ingrained in our minds as the right thing to do when our muscles feel sore—after all, that’s what all the pros do. But does the muscle shake-out actually work, or is it just a myth?

The G-Tox recovery technique
As you might expect, there’s not a whole lot of research that has gone in to examining the effects of shaking out your muscles during exercise. With that being said, there is another method of helping your muscles recover—the G-Tox technique. Prevalent among the rock climbing community, the G-Tox technique uses gravity to help detoxify the fatigued forearm muscles of the climber and accelerate recovery. The technique works as follows (bear in mind that it is intended for use by climbers when they are hanging off a mountain somewhere): Alternate the position of your resting arm between a dangling position by your side, and an above-the-head position. For example, gently wiggle your arm by your side for five seconds, then raise it to a half-bent position above your shoulder and shake it gently for a further five seconds. Repeat this cycle as often as needed—or for as long as you can hang out at the rest position.

Climbers (and CrossFitters) often experience discomfort and soreness in the forearms during their respective modes of exercise. This is due to a build of lactic acid and restricted blood flow. Lactic acid is a byproduct of the anaerobic metabolism of glycogen (a type of sugar in the body), and its effects can hamper capillary blood flow, as well as giving you that horrible burning sensation in your muscles. Lactic acid concentrations continue to increase as you work out until blood flow can resume during periods of low-intensity contraction or complete rest.

While the dangling-arm shakeout allows good blood flow into the forearm, it doesn’t help the flow of “old blood” out of the forearm, due to the arm’s position below your heart—which slows recovery. The G-Tox technique puts gravity to work by aiding venous return of blood back toward the heart. By helping get blood out of the arm more quickly, this practice enhances the removal of lactic acid, which in turn should allow for a faster return of grip strength.

So why not simply used the raised-arm position for the full duration of the rest instead of using the alternating technique? Since the “raised-arm” position requires some muscular contraction in the upper torso, those muscles (in the arm, shoulder and chest) would fatigue and possibly limit performance if you held the raised-arm position for an extended period of time. As such, the best protocol for recovery is alternating between the two arm positions every five to ten seconds.

Will G-Tox work in CrossFit?
This is the big question, and it’s hard to give a definitive answer. While Roberts’ study shows that the technique will certainly help blood flow to the forearm and significantly increase grip strength, this test was unique to the demands of rock climbers. On top of that, there were no tests performed on the lower body, as you can’t exactly raise your legs above your heart to rest when you’re rock climbing. However, this doesn’t mean you shouldn’t give the G-Tox method a try at the box, especially for those workouts that call for heavy overhead lifts or high-rep pull-ups/muscle-ups. If you’re going for a quick time in the WOD, you might not be able to afford the 10-20 seconds of rest required by G-Tox. However, if you want to see improved grip strength and lower levels of soreness building up in your arms, there’s no harm in giving it a try.