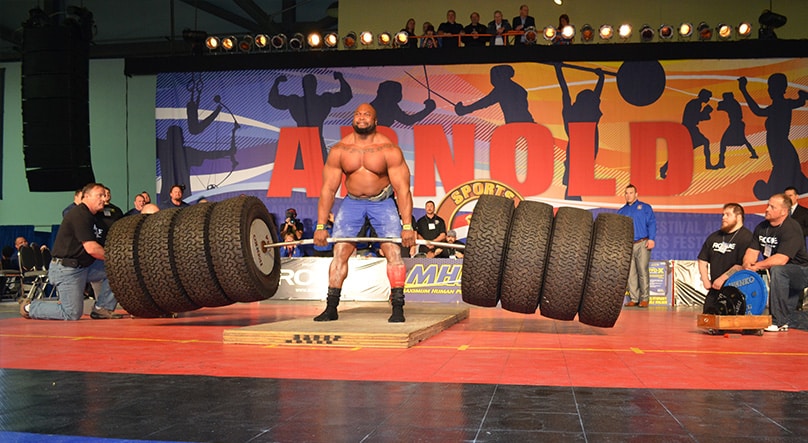 Compensatory Acceleration Training (CAT) was popularized in the western world by Dr. Fred Hatfield. Known as “Dr. Squat”, Hatfield utilized CAT during his time as a bodybuilder and powerlifter to famously set a world record squat of 1,014lbs in 1987 when he was 45 years old. One would then assume that Dr. Squat was on to something by using CAT—but what exactly is it, and how does it work?

What is Compensatory Acceleration Training (CAT)? 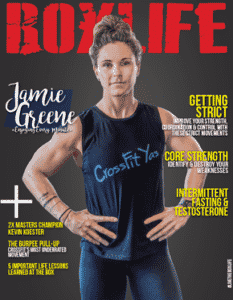 CAT is a training methodology in which an athlete deliberately tries to accelerate the bar throughout the concentric phase of the movement (the shortening of a muscle as it acts against resistive force—i.e. the upwards phase of a back squat), instead of applying less force to a lift because the load is lighter. CAT methodology requires an athlete to execute maximum force on a lift, regardless of the weight. Let’s explore this concept in more detail.

Tension on the body is caused by either load or speed of movement. The force an athlete is able to generate is a combination of the two (force= mass x acceleration). So when the load is heavy, there is an increase in muscle tension and resistance. By that same token and using the equation above, when an athlete moves a load with high acceleration (speed), they will also experience an increase in muscle tension and resistance. So when the weight is light, an athlete has to move it with great speed in order to equal the same amount of force he or she will generate when moving heavy weight.

So how would this look in practice? Taking the back squat as an example, an athlete would start out slow at the bottom of the movement and speed up as they move upwards to complete a rep. The problem is that if the weight isn’t that heavy, many athletes will switch to cruise control and coast through the concentric portion of the squat. How much force do you think you’ll be able to apply if you’re training like that? If, on the other hand, you drive up as hard as possible, you are applying maximal force and will actually propel the bar into the air for a split second—if the weight is light enough.

Benefits of CAT
Lifting a lighter weight with maximal speed will provide many of the strength training adaptations of lifting heavier weight. In addition, lifting a heavy weight with the intent to move it as quickly as possible provides explosive strength benefits. Training like this will force your body and your central nervous system (responsible for processing information received from all parts of the body) to adapt in a positive manner to the demands you place on it by moving the weight as quickly as possible.

CAT also has a powerful impact on a training program. If a coach knows an athlete’s numbers for their 1RM (one rep maximum) lifts, he or she can calculate training percentages for their lifts. Using this knowledge, you can choose a weight at 40 to 60 percent of your 1RM and utilize CAT to exert an equal or greater amount of tension on your muscles with a substantially lower weight, thus limiting the risks of constantly training near your 1RM weight. When Dr. Fred Hatfield trained for his world record 1,014 lb. squat, he would rarely go above 800 pounds. However, he still put more than 1,000 pounds of force on the barbell when he trained!

Cautions with CAT
There are elements of CAT that an athlete has to watch out for, and in his article for BreakingMuscle.com Craig Marker  does an excellent job of breaking down what they are:

“One difficulty with this type of training is the continued movement of the bar after the lift has been finished (especially at lower weights). Having the bar fly off of your body could cause injuries.”

Dr. Hatfield suggests learning to slow the lift down at the very end of the movement, but obviously this is easier said than done and would take some practice to ensure that you can find the perfect balance between exerting maximum force and controlling the bar at the end of the rep. Marker continues with a way to combat this:

“Another modification to the method, popularized by Louie Simmons at Westside Barbell, is to use bands and chains on the bar. A band will exert the most force at the end of the lift. Thus, the lifter must accelerate to overcome the resistance of the band. The same concept applies to the chain, as more resistance is encountered when more links of the chain are off the ground.”

Being explosive in athletics and CrossFit is obviously helpful and translates to the amount of weight you can pull, push and press, and how many times you can move it. Since we should all act as information sponges and apply the ideology of constantly varied training, try incorporating the principles of CAT the next time you workout.