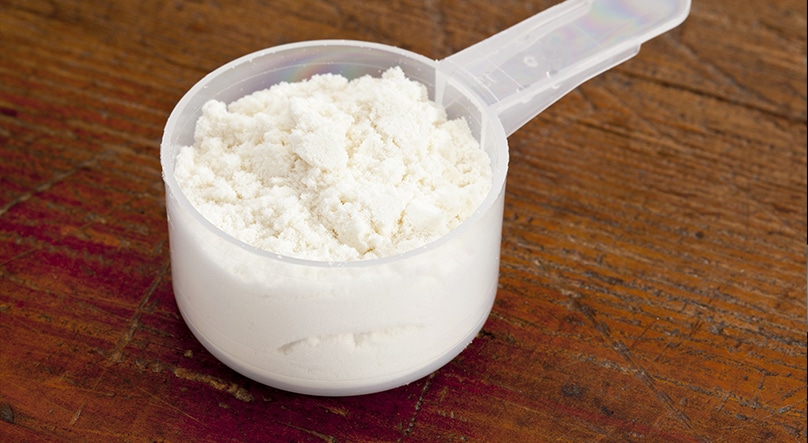 Over the past couple of years nitrogen spiking has become an important issue in the world of fitness nutrition and supplementation, and in August of this year a class action lawsuit was filed against Body Fortress (the popular protein brand found in Walmart) for reportedly ‘spiking’ their protein products.

So what exactly is nitrogen spiking and why is it causing such a frenzy?

Nitrogen spiking—also known as “protein spiking” or “amino spiking”—is a technique that allows supplement companies to put less protein in their product than is supposedly listed on their nutritional label. The amount of protein in a product is currently measured is by measuring the nitrogen content of the product, which is then converted into the protein amount. As Jim Stoppani explains, nitrogen is used as a measuring factor because protein is made up of different amino acids that are strung together in a chain, and every amino acid contains nitrogen—thus explaining how nitrogen can be used to determine the amount of protein in a product.

However, the issue at hand is that instead of using complete proteins in their product (such as whey, casein and egg), manufacturers are adding “extra” amino acids such as taurine, glycine, glutamine, and creatine to protein powders. So what’s so bad about these extra fellas joining the party? First, let me clarify that amino acids—when taken as a supplement—can be beneficial for an athlete. Creatine, for example, has been shown to enhance recovery, boost brain function, and increase muscle strength. In fact, taurine and glycine are already found in protein—the problem is that they’re not found in very high quantities. Complete proteins, on the other hand, are made up of nine different amino acids that the body can’t produce on it’s own, and therefore have a high protein count—hence the name. Complete proteins include foods like meat, fish, poultry, eggs and milk (where casein and whey come from). So it stands to reason that when we grab our post-WOD shake, we want something that has a high content of protein to help our muscles rebuild and recover, which is why complete proteins are so valuable. Most importantly though, if you’re paying for 25g of protein per scoop, then you should be getting 25g of protein per scoop.

Because complete proteins are so valuable, they’re expensive to add to supplements. So, to cut production costs, certain manufactures are ‘spiking’ their protein supplements by adding in extra amino acids (like taurine, etc) because they are A: far cheaper to add than complete proteins and B: boost the nitrogen content of the powder—thus giving the false impression that the product contains more protein than it really does. So when it’s tested (the powder) for protein content it still hits that 20-30g range—even though the added aminos are NOT considered to be part of the true protein content of the product. And because complete proteins are expensive to add, these particular supplement companies are making a killing through the nitrogen spiking process. So when you spend your money on a 20-30g protein shake, you might only be getting 10-15g. Not very good bang for your buck.

How is this legal?
Despite the recent lawsuit against Body Fortress, current FDA (U.S. Food and Drug Administration) guidelines contain logical loopholes that supplement companies can exploit. As Price Plow (a supplement news blog) explains, the FDA doesn’t count pure amino acid products as protein (if you grab a tub of pure aminos you’ll see that the protein count is zero), but nothing is specifically stated regarding protein that includes extra amino acids.

Well, that seems open to interpretation doesn’t it? After all, protein powders don’t solely contain amino acids, so companies can interpret this to mean that added amino acids can be included as part of the overall protein content—thereby allowing them to bypass the shaky wording of the FDA and “nitrogen spike” the protein powders that we buy. However, the lawsuit against Body Fortress is a recent development in this game, so watch this space closely and don’t be surprised if the nutritional labels of your protein products start to be a bit more…descriptive.

How can you tell if your protein supplement has excessive amino acids? Learn to read the label.

So if we can only go by a label, we need to learn how to ‘read’ it so as to be able to spot the red flags that act as a warning that the supplement may have been spiked. Let’s take a look at the nutritional label for Body Fortress’ “Super Advanced Whey Isolate” (which, ironically enough, is currently unavailable on bodybuilding.com).

We can immediately see that in the ‘primary’ ingredient list, Body Fortress claims that their product contains 30 grams of protein per scoop. That’s what they claim at face value. But as I explained above, you need to be weary of the inclusion of additional amino acids (particularly glutamine, creatine, glycine and taurine) as they could be a sign of nitrogen spiking in the product. So if you take a look at the ‘other ingredients’ section, you’ll see that glutamine and taurine make an appearance alongside some other aminos.

Now the question becomes, “how much of these extra amino acids were added to the protein powder?” Unfortunately, Body Fortress doesn’t provide that information. If you see these products in the ingredient list, they protein count may be spiked a little or, as is the alleged case with Giant Sports—a lot.

According to the lawsuit, Body Fortress’ product labeling for their Super Advance Whey Protein “claims to have 30 grams of protein per serving, but this number allegedly also includes free form amino acids, including Glycine, Threonline, L-Glutamine, Leucine, Valine, and Isoleucine; the non-protein amino acid, Taurine; and the non-amino acid compound, Creatine Monohydrate. According to the lawsuit, testing reveals that the actual content per serving of whey protein is 21.5 grams once the “protein-spiking” agents are removed.” In the case of Giant Sports, the company claims that their product, ‘Delicious Protein’, has 27 grams of protein. However, the lawsuit alleges that testing revealed that the product only contains 12 grams of protein per serving.

Conclusion
Be a smart consumer. Next time you purchase your tub of protein, read the label. Be suspect of any protein company that includes the products we mentioned in the ingredient list. Giant sports is under fire for allegedly including only 12g of protein when they claimed 27g per serving, a glance over the ingredient list should have raised a red flag to any consumer. It’s your money, don’t let it go to waste.