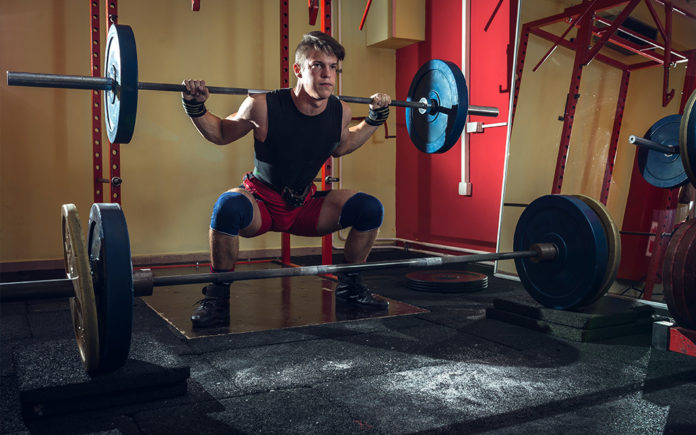 Ask any coach where your feet should be during a squat, and they’ll tell you “shoulder-width apart” without hesitation. Front, back, air, overhead, this is where we are taught to squat from, and it’s been drilled in points of performance everywhere. However, constantly varied is a pillar of CrossFit, and so should be the squat technique. The wide-stance back squat is a tool you should have in your arsenal for developing posterior chain strength and activating a variety of muscles that aren’t used in narrower stances.

1A wider stance activates the hips and glutes


CrossFitters can easily become quad-dominant athletes due to the many movements that actively recruit the quadriceps – and also due to poor or lazy form in multiple reps of push-presses and other movements. Taking a wide stance, about 140 percent of shoulder width, forces activation of the glute, hip and hamstring muscles. There’s a reason power lifters and bodybuilders regularly incorporate these squats in their routines – they promote a more even muscle distribution throughout the body.

2Translating to other lifts


Strong muscles developed in the wide-stance squat are going to translate well to other posterior-dominant power movements such as deadlifts and rowing. This will also help with the second pull in the Olympic lifts. Strong, explosive hips and a tightening in the glutes and hamstrings are what put the necessary speed on the bar in these more complex lifts.

3Can be better for those with tricky knees


A wider stance requires the lifter to stay more vertical in the shins, taking some of the pressure off of the knees. The weight in a narrow squat is pushed anterior, which isn’t necessarily bad, but it does put more stress on the knee. A note here: while there is less pressure overall on the knees, it can be easy for knees to cave medially in a wider stance. Keep pushing the knees out during the entirety of the squat.


It’s simple physics: A squat is work. Work = force x distance. Force is the sum of mass and acceleration. Let’s say the mass you’re moving is 300 pounds. Assuming you’re moving at relatively the same speed in a wide squat versus a narrower squat, you’re going to be doing LESS work in a wide stance squat. Why? Because the distance you have to move that 300 pounds is shorter. Want proof? Have someone measure you standing straight up. Then, have them measure you while standing in a sumo stance. This isn’t to say you should always be squatting wide to move a bunch of weight. There is a time and purpose for all things, but this is something to consider when choosing weights or looking at competitions.